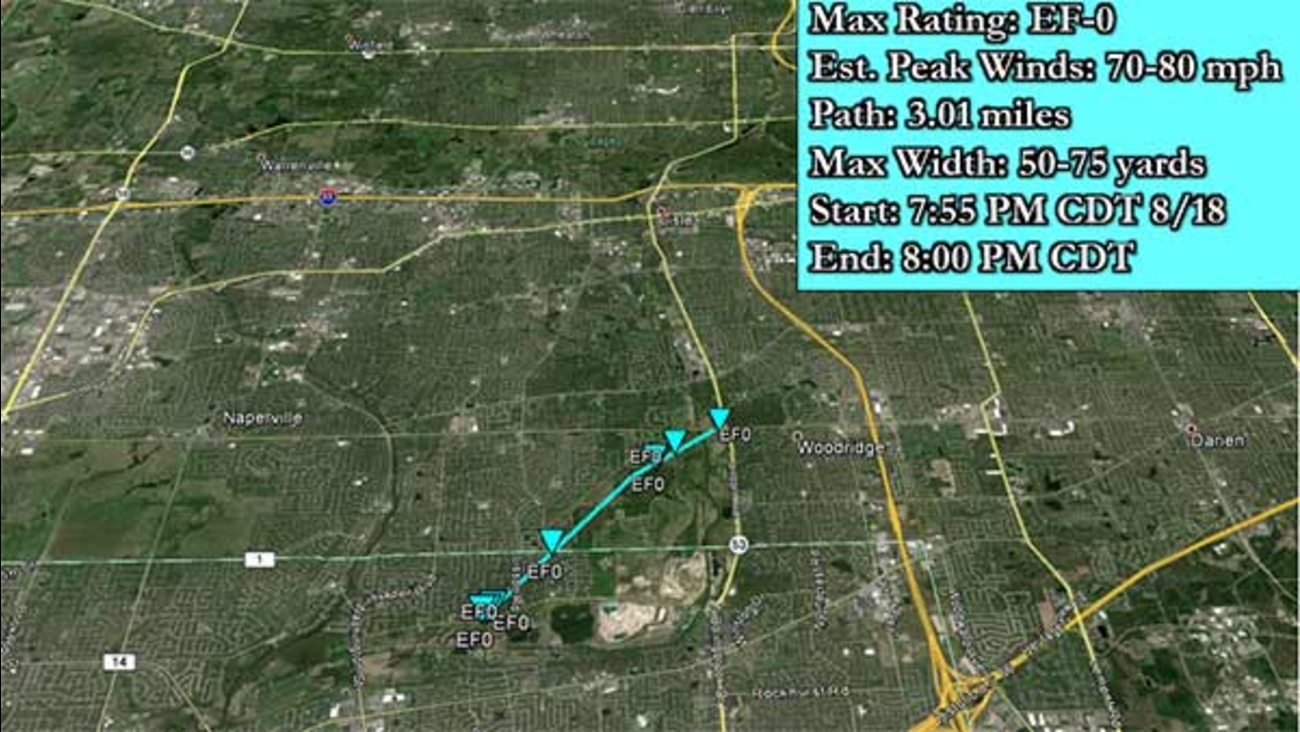 (Courtesy of the National Weather Service)

The Naperville tornado uprooted several trees, one of which fell on a power line.

The National Weather Service confirmed on Aug. 19 that an EF-1 tornado touched down during the severe weather near Lake Geneva, Wis., as well as two more tornado touchdowns in Livingston County. Only minor damage has been reported.