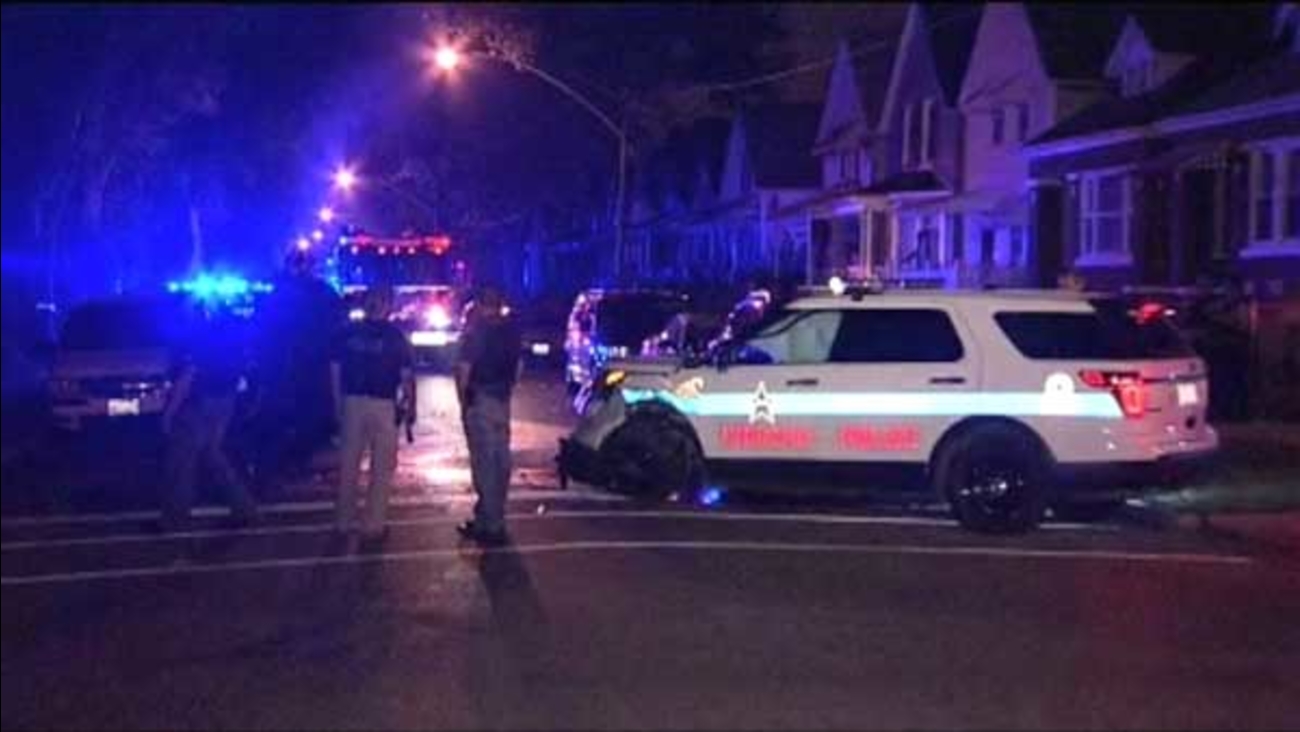 Three people, including two Chicago police officers, were injured in a crash in the city's Englewood neighborhood.

CHICAGO (WLS) -- Three people, including two Chicago police officers, were injured in a crash in the city's Englewood neighborhood.

Officers were responding to a call in the 7300-block of South May Street around 12:15 a.m. Tuesday. Authorities said that's when a gray Ford Taurus hit a parked car, slammed head-on into the driver's side of the squad car and flipped on its side.

The sound of the impact drew neighbors out of their homes to see what happened.

"The noise was loud enough to where it almost sound like a bomb or one of those electricity things going off," said Audrey Butt, who witnessed the crash.

Two male officers were taken to Advocate Christ Medical Center with minor injuries. The male driver of the Ford was also taken to Christ Hospital. He is expected to be treated and released.

Police said the driver will be ticketed.