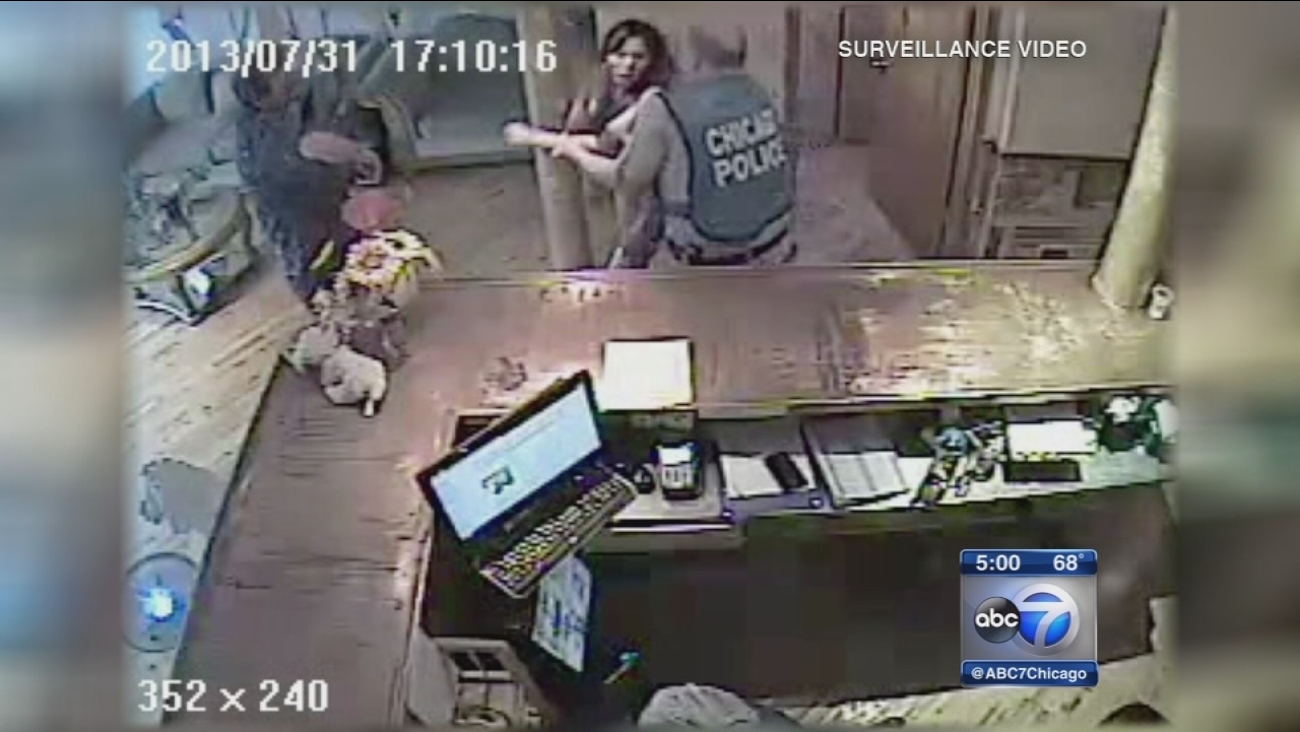 A security camera captured a Chicago police vice raid at the Copper Tan and Spa on Chicago's West Side last summer. (WLS) 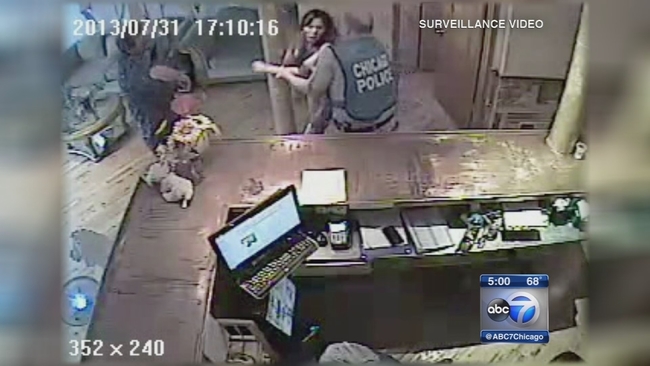