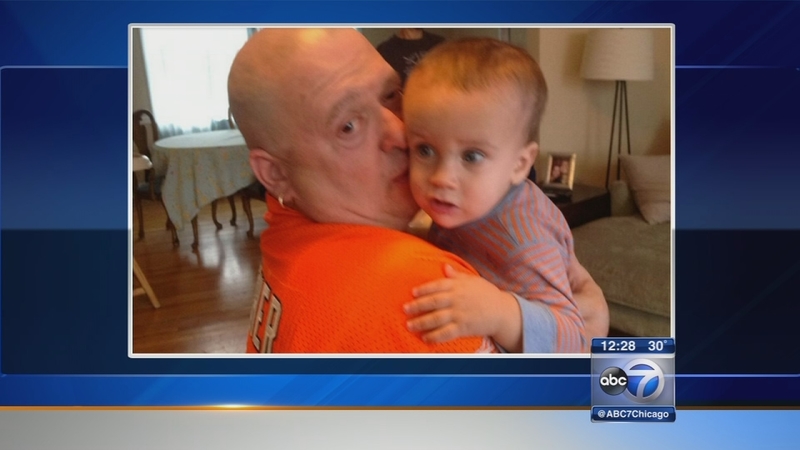 CHICAGO (WLS) -- A 51-year-old man shot at an Irving Park bar over the weekend died of his injuries Monday morning.

Angel Ortiz, Jr. was working as a bouncer at Brudder's Bar when he was shot in the head on Saturday night.

"He did everything for everyone, helped everyone," said Marybelle Ortiz, his sister.

Ortiz's family said they worried about him working part-time as a bouncer, but he always told them not to be concerned because it was no less safe than anything else.

"We could die anywhere. You could be walking down the street, you could be sitting in your house, and it could just happen," Marybelle Ortiz said.

His words were apparently prophetic, as he died from a random gunshot aimed at the bar where he was working over the weekend.

Ortiz worked full time, but helped with security at the door at Brudder's to pick up a little extra cash. He was by the front door Saturday night when a bullet came through the window and struck him in the head.

"Just to be taken from us so suddenly and so randomly, it's just really hard to process," said Joe Sanchez, his son.

Investigators say the shots apparently came from the alley across the street. One bullet shattered the window of a vehicle parked on the street. Security cameras are mounted outside the bar, and also on the Thai restaurant next to the alley.

Police are reviewing those tapes as they try to identify a suspect. At this point, they have no reason to believe Ortiz was the intended target.

"To be taken away like this is just senseless," said Mayra Ortiz, his sister.

An online fundraiser has been set up to help pay for the funeral costs for Ortiz. A funeral is planned for Thursday.