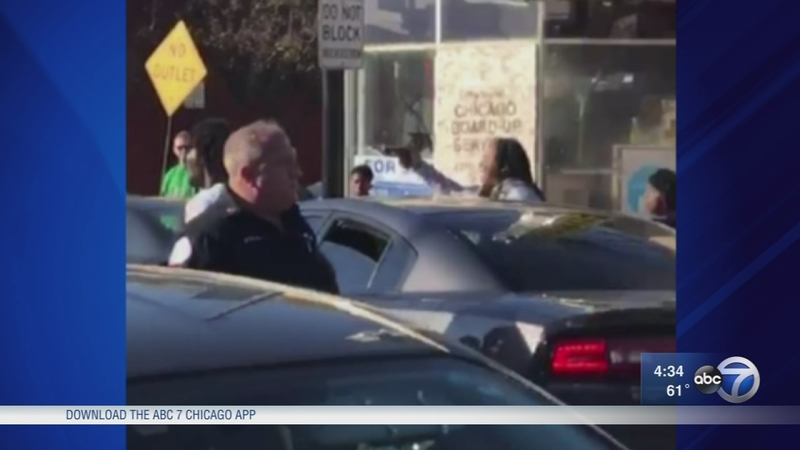 CHICAGO (WLS) -- Cellphone video, shared widely online this weekend, shows a 25-year-old Indianapolis man holding what appears to be a gun before he was fatally shot by a Chicago police sergeant.

Joshua Beal was killed Saturday afternoon in the city's Mount Greenwood neighborhood after a traffic dispute.

Beal's brother, Michael Beal, was arrested Saturday in connection with the incident.

The two Chicago officers involved in the incident are on administrative leave.

The incident sparked clashes between two groups near the site of the shooting.


On Monday, Marist High School said it is taking action after a student's racially charged post on social media reacting to the shooting.

This statement was posted on the school's website: "This evening Marist High School was made aware of a racially charged post on social media involving Marist students. We are devastated by this situation. Disciplinary action is being taken. Marist is a diverse community, made better and stronger by that diversity. As a school community, we continually work so that each student feels welcome, valued, and safe. We have been and will continue to engage with diverse student leaders to give a voice to all students and to focus on shared values. Given the tenuous times we all are living in, and recent events nearby Marist High School, our mission to make Jesus known and loved is more pertinent than ever. As always, the safety of our students is of utmost importance."

A group of Marist High School students were involved in a group text about the police shooting in Mount Greenwood.

Five students were involved, Marist administrators said. They hope to use the incident as a teachable moment.

Marist principal Larry Tucker said he was devastated by the messages.