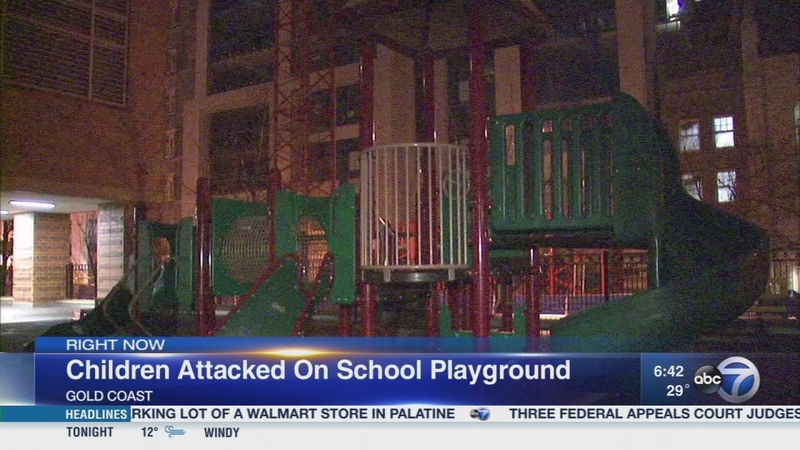 CHICAGO (WLS) -- Charges are pending against a man who walked onto a playground at an elementary school in Chicago's Gold Coast neighborhood and attacked three children.

The students who were attacked Tuesday at Ogden International School are doing OK.

They were treated at the school and did not require hospitalization. But it was a very scary situation for those children and their parents.

Police said a 46-year-old man entered the playground around 11 a.m. and became physical with three students. One of those children was pushed to the ground, according to his father, longtime radio personality Bob Stroud.

"There was evidentially someone on the playground when the kids were at recess that wasn't supposed to be," Stroud said. "My son was pushed to the ground as were some other kids."

The suspect was immediately stopped by recess monitors and escorted out of the playground by school security.

There are several security cameras mounted on the wall next to the playground, which will likely be reviewed during this investigation.
Related topics:
chicagogold coastschoolchildren injuriesplaygroundstudents
Copyright © 2021 WLS-TV. All Rights Reserved.
RELATED 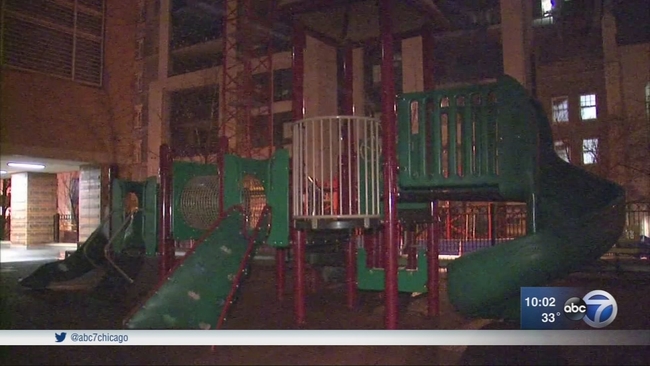