WLS
By Rob Elgas, John Garcia and Eric Horng
CHICAGO (WLS) -- Many Chicago-area residents and travelers have been closely following Friday's attacks in Paris. It has been a tense day for many amid concern for friends and family in France. 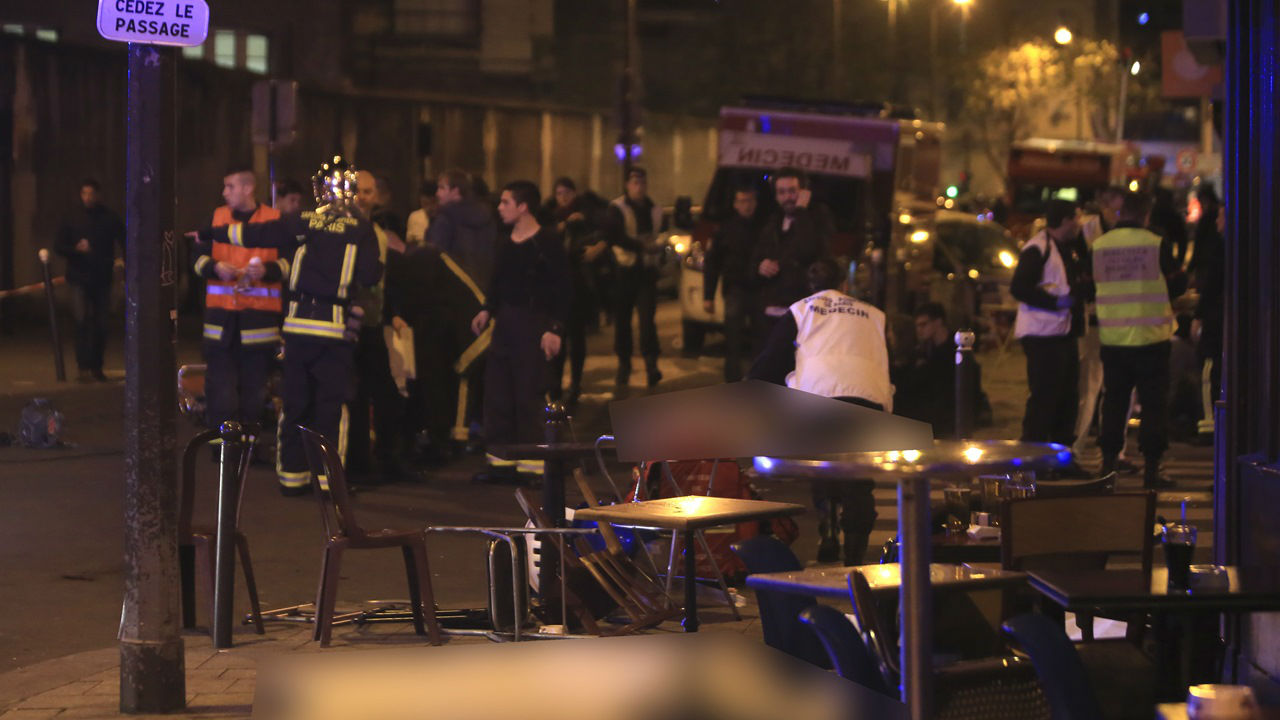 Students from two Chicago Public Schools, Lincoln Elementary and Chicago Agricultural High School, are currently on trips to Paris. A CPS spokesperson said Friday evening that all CPS students are safe and accounted for.

Another group of students from Chicago's LaSalle Language Academy is also in France, but we're told they're staying several hours outside of Paris and were never in any danger.

Another Chicagoan in Paris, Savi Pai, said she was returning from dinner when she heard many sirens. She was walking with other Americans at the time.

"We were actually stopped on the street by a couple French people who encouraged us to get back to our hotel room and stay inside and that's when my own phone started ringing off the hook and text from family and friends asking if I was OK, said Savi Pai, a Chicagoan in Paris.

Pai is in Paris for a photo exhibit that's just opened there, and until Friday's chaos, had spent a lot of time enjoying the central part of the city.

"The center of Paris is pretty walkable and pretty close. I was returning from dinner, without really hearing any shots," Pai said from the safety of her room.

The attacks are on the minds of many Chicagoans right now.

Mayor Rahm Emanuel said in a statement: "For nearly 20 years Chicago and Paris have been sister cities. Our thoughts and prayers remain with the victims, their families, and with all of the French people."

Once news of the attacks broke at Alliance Francaise, a French cultural center, most employees spent the rest of the day looking for updated information on their computers.

"Everybody's pretty shell-shocked at this point," said Geoffrey Ruiz, Alliance Francaise de Chicago. "Everybody has some ties one way or the other, whether it's family or friends, colleagues, contacts. It's a hard time."

The executive director of the center, who is visiting Paris right now, emailed late Friday afternoon to reassure the staff he is OK.

Dominique Tougne has family and friends in Paris he's concerned about, but the Chicago chef and owner of Chez Moi restaurant says the terrorist attacks on his native country are an international tragedy, and he's sick about it.

"Every time you see or hear something like that, it doesn't matter if you are French or from whatever part of the world. It just makes me extremely sad," Tougne said.

TRAVELERS LEARN OF PARIS ATTACKS UPON LANDING AT O'HARE

French passengers on a flight from Paris had no idea the city was under siege until they landed at O'Hare.

Clara Levy was visibly unnerved as she learned her hometown, Paris, was ravaged by terrorists.

"Well, I'm shocked because it's not the first terrorist attack obviously," Levy said.

The attack crippled Paris and had travelers arriving from Europe in Chicago dumbfounded.

"Beyond belief that a human being can resort to such a stupid thing. Such a cruel, unbelievable thing," said Alejandro Stoche, who was returning from Paris.

"And I looked up and like, 149 dead, and I was like, 'Oh my God,'" said Jim Dudek, a St. Charles resident who had just returned from a business trip in Paris this week.

"We were staying downtown at the Meridien Hotel, which isn't too far from that concert hall," Dudek said.

His photos from last night show a beautiful city, untouched by the brutal hands of terrorists. Now, he realizes how close he was to chaos.

For Levy, this is a tragic example of a new reality. She fears it won't stop.

"What's concerning is that now, nothing is safe, we don't know. And really, it's horrible, it creates more and more panic," Levy said.

Those attending the Bulls game didn't let the terror in Paris keep them home, but the NBA is among the major sports leagues stepping up security. United Center officials declined to give specifics, but the NBA and NHL are warning stadiums to be on heightened alert.

At the United Center Friday night, fans arriving for the Bulls-Hornets game were just learning of the attacks.

"Yes, maybe there's risk involved, especially at big events, but you can't be scared of it. You've just got to live life as you are," said John Cassady, who was attending the Bulls game.

Security at NBA games - already enhanced at the start of the season - is now stepped up in the wake of the events in Paris.

The League's head of security said: "...all arenas should be on heightened alert and engage law enforcement for intelligence or support."

Similar steps are being taken by the National Hockey League and the National Football League, saying game day security is always heightened.

"It's awful news, but at the same time, I feel confident that they're taking make us safe," said Nick Callero, also attending the Bulls game.

Chicago police said they're in touch with federal partners. A bulletin went out to the entire department, but there's "no credible threat or nexus to Chicago."

"Right now we don't have any information or indicators that there's a credible threat to the city of Chicago, but I think it's critical that we remain vigilant to the possibility," said Earnest Brown, Cook County Homeland Security.

The attack in Paris is unsettling in its simplicity: a small band of gunmen unleashing terror on unsuspecting crowds.

"We are more prepared, but the attacks that are occurring are against such soft targets. They require the use of such few numbers of attackers," said Prof. Robert Pape, a terrorism expert at University of Chicago.

At the United Center, walk-through metal detectors replaced hand-held wands at all entrances at the start of the Bulls and Hawks seasons. Officials have been advising fans to get to the stadium a bit earlier. 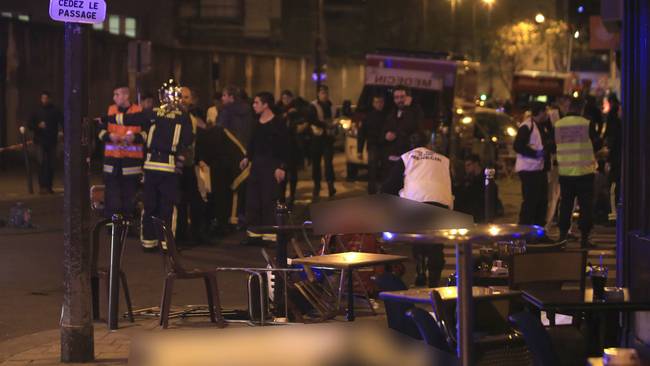 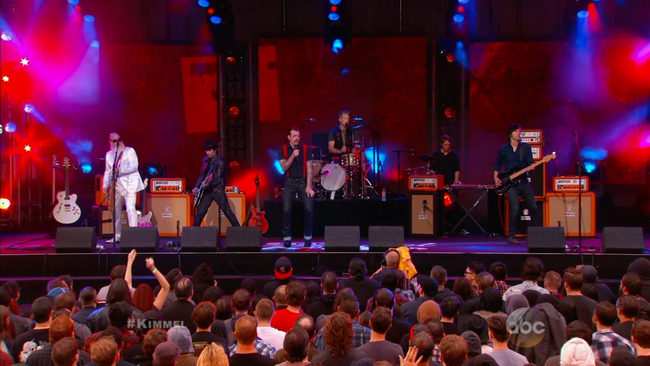 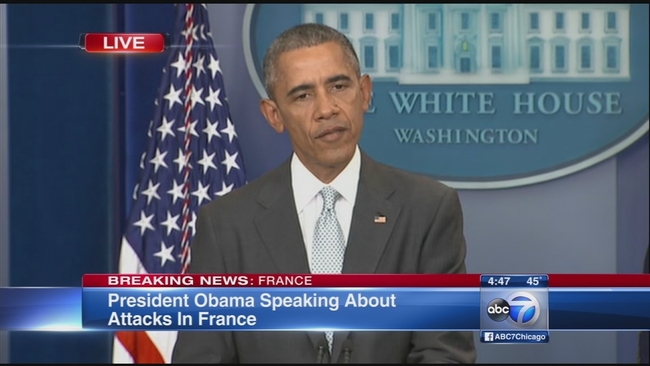