WLS
By Diane Pathieu and Leah Hope
CHICAGO (WLS) -- Tuesday was the first day of November and Chicago has already recorded its first murder.

The newest crime numbers from the Chicago Police Department are staggering. October was the second deadliest month in 2016.

In August - the only month to record more homicide victims than October - more than 90 people were killed in Chicago, marking the highest number of murders in a single month in the city since August 1996, according to police records. Chicago has not seen more than 600 homicides in a year since 2003 and not more than 700 homicides since 1998, records show.

The first deadly shooting of November occurred about 30 minutes into the first day of the month. Police said a 19-year-old man was killed and a 22-year-old man was wounded in a shooting in the city's Roseland neighborhood around 12:35 a.m. Tuesday.

Recently, there have been resources and stores coming to Englewood-a community with many longtime residents. And like other communities in the area, some residents are experiencing violence.

One Englewood resident offered inspiration amid the pain.

On Tuesday morning Mae Smylie was in the basement when she heard gunshots. Chicago police responded. Two people were shot on 58th street.

Relatives told ABC 7 they were cousins. The reason for the shooting may not be a simple answer. But sources told ABC 7 it is connected to other recent shootings around Englewood.

"We have several ongoing and current gang conflicts. One may be fueling the other so we have to find out exactly who's involved, what's fueling the conflicts and deal with it best we can" Commander Kenneth Johnson said.

As Smylie learned about the violence Tuesday morning, she was already grieving for another man shot and killed at a nearby gas station early Saturday morning.

Smylie spoke to ABC 7 as she held her one-year-old great grandson. But she said she considers all the young people in her neighborhood her children.

"I worry about them. I think about not just mine but each and every one of them. I see it on the news all the time and as I see, I pray. And when it touches close to home, it touches me real deep," Smylie said.

A couple of weeks ago, Smylie felt moved to write some inspirational verse on the planter on her corner. She prays it will inspire someone find the strength to turn the other cheek.

The relatives of the two men shot Tuesday morning did not want to comment on camera.

Police said five districts on the South and West sides have been responsible for the majority of the increase in this year's violence, while seven districts "have remained flat or have seen a reduction in murders this year."

Last weekend, 17 people were killed and 41 others were wounded in shootings, marking the city's deadliest weekend not only of the year, but dating all the way back to June 2013, according to Sun-Times homicide counts. This year's highest total for fatal shootings on a weekend had been 13; that number was reached on both Father's Day and Labor Day weekends.

Speaking at a graduation ceremony for new police officers Monday, Chicago Police Superintendent Eddie Johnson said more than 7,000 illegal guns where recovered so far this year. That's about one gun recovered every hour since the start of the year and a 20 percent increase compared to 2015.

The police superintendent said much of the crime is gang-related and stems from the same groups of people. He said in order for any change to take place, tougher legislation needs to be enforced.

"We have to do a better job of holding those individuals accountable," Johnson said.
He joined ABC7 Eyewitness News This Morning to talk about the October crime numbers and new initiatives the department plans to implement to stem shootings in the city.

"We will not allow the level of violence we've seen in some parts of the city to continue and I have laid out a comprehensive plan to build stronger community partnerships, which is crucial to making our streets safer. Through our significant investments in people, technology and training, we will have an even greater capacity to reduce crime," Johnson said.

In an effort to curb violence, Chicago Mayor Rahm Emanuel recently announced the hiring of nearly 1,000 new officers. About 300 more cadets are currently in the academy. They are set to graduate and hit the streets by the end of the year. Johnson said it may take more than that.

"I think more cops is a piece of it, but that's not the one thing that will ensure that we can reduce this violence. So that's a part of it and we definitely need that, but a bigger piece is holding these individuals accountable," Johnson said. 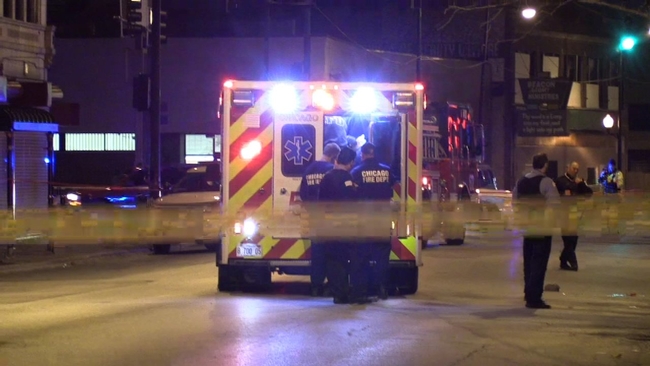