WLS
By Sarah Schulte
CHICAGO (WLS) -- Many people across the country are honoring Dr. Martin Luther King Jr. on Monday. This year marks the 30th anniversary of the federal holiday honoring the civil rights leader.

Sculpting from more than 15,000 pounds of clay, artists begin the early stages of a living memorial honor Dr. King.

"The imagery is on three walls," explains artist Sonja Henderson. "There are six sides. Each wall has an image of Dr. King on it and the community coming together."

The memorial will be permanently placed in Chicago's Marquette Park where, almost 50 years ago, Dr. King marched for equal and fair housing. Since so many homes on the southwest side are brick, artists Sonja Henderson and John Pittman Weber say the material is appropriate for the project.

"There is very little carved brick in Chicago," Weber says. "Brick is earthy, warm and relates to Chicago history."

The idea for the memorial came from IMAN, a Marquette Park community group. The goal is to connect the present day diversity of the neighborhood to Dr. King's legacy.

"The vision of what he was fighting for is a vision that we need to make sure is connecting to the relevant issues of our day, and not just lost history," says Rami Nashashibi of IMAN.

"It's important as young people to know as much history as we can so we can do something about it," says Marquette Park student Katie Marciniak.

For the artists, the project is personal.

"I'm putting something back into the world that is extremely positive," says Henderson. "This is something for people to come together as friends and relate to each other."

The living memorial will be unveiled on Aug. 5, the 50th anniversary of Dr. King's Marquette Park march.

This year marks the 30th anniversary of the federal holiday honoring Martin Luther King Jr., and celebrations were held throughout Chicago.

Long ago in North Lawndale one historic building was a Jewish synagogue, but with a growing African American population on the West Side it became the Stone Temple Baptist Church in 1954. The church was one of the few Chicago houses of worship where Dr. Martin Luther King, Jr., came to preach and on Monday the Jewish community joined the African American community to celebrate his life and legacy.

"We recognize that both communities have suffered from hate, from prejudice, and from violence and injustice," said David Brown, chair of the Jewish Federation of Chicago.

The common thread between both communities was not lost on 20-year-old Anthony Bush, one of the event's chosen speakers. Bush says understanding each other's' past struggles will help make Dr. King's dreams a reality.

"While I have certain freedoms that they did not have back then, so how can I help with the struggles that's going on now?" Bush said.

"I think that we're all here for the same reason," said Alana Weinstein. "To be here for one another, and humanity."

And the message resonated with some of the youngest attendees as well.

"Today was important because we learned how the Civil Rights movement was able to think about and change segregation laws," said 10-year-old Charlie Dumo.

"What Martin Luther King has taught me is that we always should do peace and we should always have equal rights no matter what color we are," said Tyquan Spann, also 10.

On Monday, Mayor Rahm Emanuel also announced that the Stone Temple Baptist Church will be considered for historic landmark status.

"Stone Temple Baptist Church has been a community icon in North Lawndale for decades, providing a forum for Dr. Martin Luther King's vision for equitable housing in Chicago during the civil rights era, and a place of worship for community residents since the 1920s," Mayor Emanuel said. "It's entirely appropriate that the Landmarks Commission should consider honoring its important role in the community with a Landmark designation."

The commission will consider a preliminary recommendation for landmark status on Feb. 4.

Most schools are closed Monday. But in long-standing tradition, students at Providence St. Mel School will be in class to celebrate Dr. King's message of hard work, dedication and making a difference. The choir led an assembly called "Hope for Resolution" and students read excerpts from Dr. King's speeches.

Former Cook County Board President Bobbie Steele was the keynote speaker. He reminded students of their role in making a better future. Elementary school students recreated the moment Rosa Parks was asked to move to the back of the bus. Other students sang anthems of the Civil Rights movement.

Rev. Jesse Jackson's PUSH Rainbow Coalition held its 26th annual PUSH-Excel "Keepers of the Flame" scholarship breakfast. The goal is to develop leadership potential in students and encourage a spirit of social justice and social change.

"Children with good minds just don't have the money to go to school, their dreams are broken," Jackson said. "They're trapped with poor people's options. We want futures, not funerals. Graduation, not incarceration."

Over the last several years PUSH-Excel has awarded more than $3 million to college students nationwide.

A group of Rush University Medical Center students offered free health screenings and entertained patients in underserved communities across the city in honor of Dr. King.

Governor Bruce Rauner joined more than 1,000 volunteers for City Year Chicago, honoring the holiday with a day of service at Thomas Kelly High School and Brighton Park Elementary school on Chicago's Southwest side.

The DuSable Museum is hosting a day-long celebration honoring Dr. King with poems, performances and storytelling. 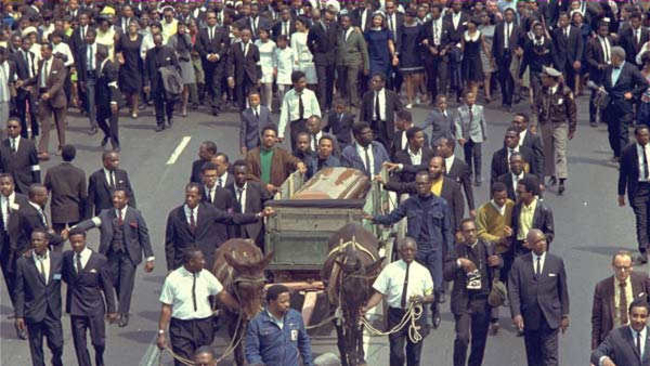 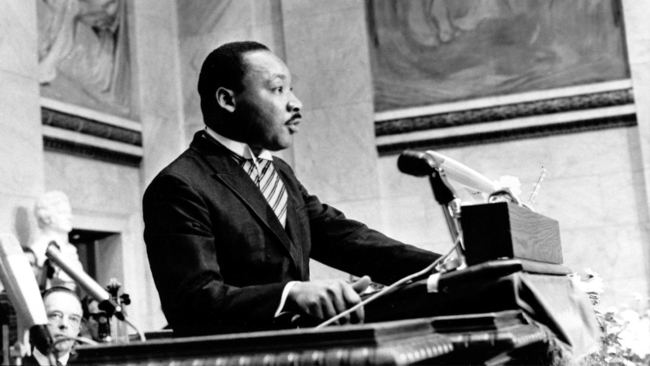