An Uber minivan had just pulled out of a parking lot in Milwaukee County headed southbound on 60th Monday afternoon when police say an off-duty Milwaukee firefighter driving a pickup truck slammed into the side of the van and sent it into oncoming traffic. Police said the firefighter had just left the Brewers home opener and was drunk.

Four days after the crash, balloons left by Sly-Lundasi's daughter remain at the crash site at 60th and Pierce in Milwaukee, more deflated but no less meaningful than the day she put them there.

"Knowing this is where my dad spent his last whatever, it was in that vehicle before he was released to God," said Tavaree Sly-Lundasi. "This was my daddy's. I know this was part of his van. It ain't going to bring him back, but it's something that I want to take from here."

Uber released a statement saying: "We were deeply saddened to learn of the tragic deaths of our driver-partner and rider. Our hearts go out to both of the victims' families during this incredibly difficult time."

Police arrested the off-duty firefighter, though he has not been formally charged.

"I can tell you he is absolutely devastated by what's going on. In all honesty in speaking with him he seems more concerned about the other families that are involved and he's grieving for them," said Julius Kim, the firefighter's attorney. "It's surreal, I think, when something like this happens and then he finds himself on the other end."

Johnson worked for KPMG in Chicago. The company released a statement that said: "Ken had a deep passion for his work and loved our Chicago Office and being a member of the national Risk Consulting practice. He was not only a respected colleague, but a friend to many of us. He will be dearly missed."

Records show this is not the Milwaukee firefighter's first alcohol-related arrest. In 2014, he was convicted of operating a firearm while intoxicated.
Related topics:
chicagowisconsintraffic fatalitiesduidrunk driving deathdui crash
Copyright © 2020 WLS-TV. All Rights Reserved.
RELATED 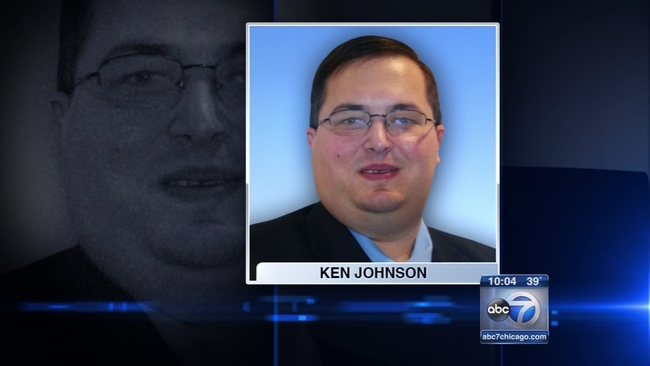