WLS
By Laura Podesta
CHICAGO (WLS) -- As you head out this holiday weekend, expect to see a much larger police presence. The city is stepping up patrols in response to what's already been a very violent summer, with a total of 5,000 officers will be on beaches and streets this weekend.

During Memorial Day weekend, 69 people were shot. Police are trying to lower those numbers this 4th of July weekend.

Police are doing that through raids, including arresting 88 people late Friday night. Of the 88 individuals arrested, police say 55 are convicted felons and 16 were currently on parole.

While police attempted to stop a car in the 5500 block of W Potomac, Friday, three people fled the vehicle and two were apprehended by police. An assault rifle and two handguns were seized from the vehicle.

Police say the arrests will thwart more deadly shootings in the city.

"Just this week, we conducted a series of raids targeting gang members and their operations," said Chicago Police Superintendent Eddie Johnson said Friday. "You should expect to hear more about raids in the weeks and months ahead in addition to the one that just occurred overnight."

On North Avenue Beach, there was a massive fight caught on cell phone video on Memorial Day weekend. Police are trying to stop something like that from happening again this holiday weekend. 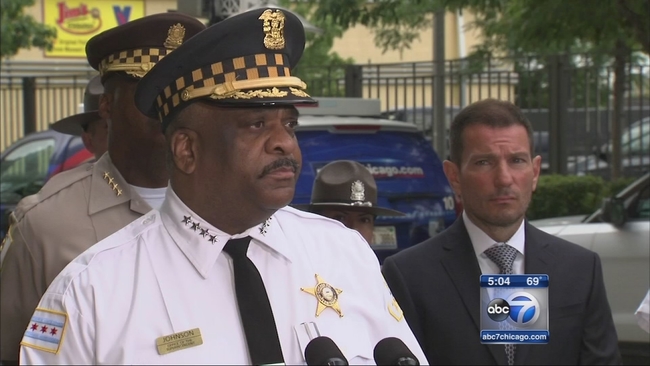 Chicago police prepare for holiday weekend after 72 murders in June