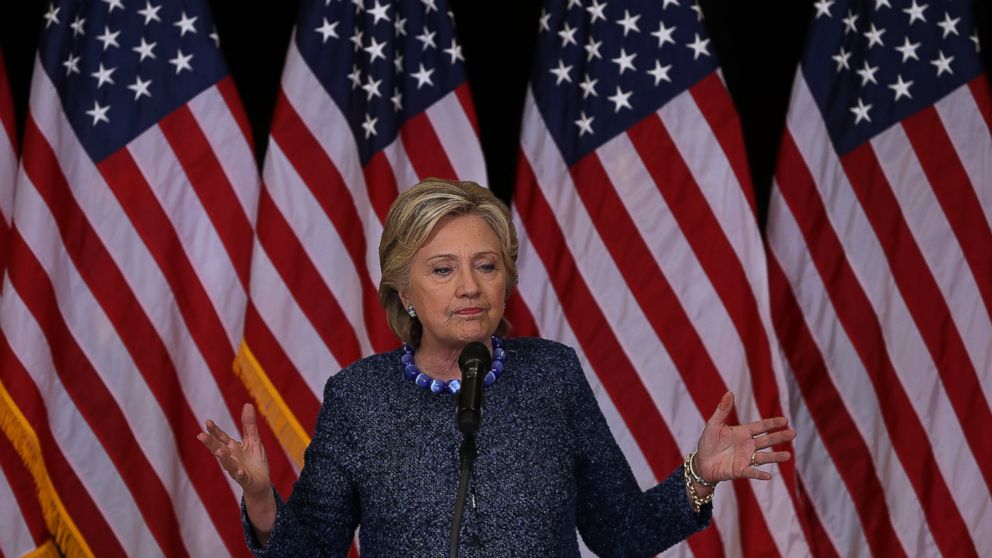 ABCNews
By JULIA JACOBO
Hillary Clinton has called on the FBI to release all the information it has in relation to the newly discovered emails that prompted the bureau's latest review of the private server she used while she was secretary of state.

"We are 11 days out from perhaps the most important election of our lifetimes," Clinton said in a press conference in Des Moines, Iowa. "... So the American people deserve to get the full and complete facts immediately."

Clinton continued: "The director himself has said he doesn't know whether the emails referenced in his letter are significant or not. I'm confident whatever they are will not change the conclusion reached in July. Therefore it is imperative that the bureau explain this issue in question whatever it is without any delay."

The Democratic nominee said in the press conference that she had not been "contacted by anyone."

FBI Director James Comey said today the FBI is going to continue the previously closed investigation into Clinton's emails. Comey wrote in a letter to the leaders of various congressional committees that after being briefed on the unrelated case, "the FBI should take appropriated investigative steps designed to allow investigators to review these emails to determine whether they contain classified information, as well as to assess their importance to our investigation."

The FBI cannot assess yet whether this material may be significant, Comey wrote.

Donald Trump opened a campaign rally in New Hampshire shortly after the release of the letter, which he announced to cheers from the crowd.

"Hillary Clinton's corruption is on a scale we have never seen before. We must not let her take her criminal scheme into the Oval Office," Trump said.

Trump also praised the FBI's decision to revisit the case.