WLS
By Eric Horng
CHICAGO (WLS) -- A gang member with nearly 39 arrests was charged with first-degree murder in the fatal shooting of a 54-year-old man near Millennium Park. Police said Paul Pagan never should have been on the street to commit the crime.

Police said the shooting stemmed from an argument Pagan, 32, wasn't originally part of.

They encountered a group of seven to 10 people who were handing out fliers near Millennium Park and got into a fight about religion and what was through to be a hateful message on the fliers, Deenihan said.

Pagan, who was not part of either group, rode up on a bicycle around 7:30 p.m. and became involved in the argument, Deenihan said.

"Then at this point the offender and the male victim begin to argue. That gets escalated very quickly, at which point it turns into a physical confrontation. As the first deputy mentioned, our offender, who was armed with a handgun, immediately decides to use his weapon and he shoots our victim two times, causing his death," Deenihan said.

Pagan allegedly shot Fabbri once in the chest or abdomen and after a few seconds, fired again, striking Fabbri in the head.

The two women tried to stop Pagan from getting away, police said. During the scuffle, witnesses got a good look at Pagan. The victim's sister, Shelly Fabbri, tried to chase him after he broke free.

"I chased him to the street. He threw one of his children off their bike. I chased him through the street and tried to hold the bike down. His girlfriend comes and punched me and ripped my shirt. I wind up on the ground," Fabbri said.

Pagan was arrested shortly after fleeing the scene after witnesses gave police his description. Deenihan said the distinct tattoo on Pagan's head and the fact that he was on a bike made it easier to spot him.

Investigators said they obtained video from the area, but it does not show the murder. They have not been able to track down anyone who was in the group handing out fliers.

Police said Pagan was wanted on a warrant for aggravated assault with a deadly weapon from June 2016 when the shooting occurred. He is a two-time convicted gun-offender and served less than a year for one of those offenses. Police said his record contains four felony convictions. 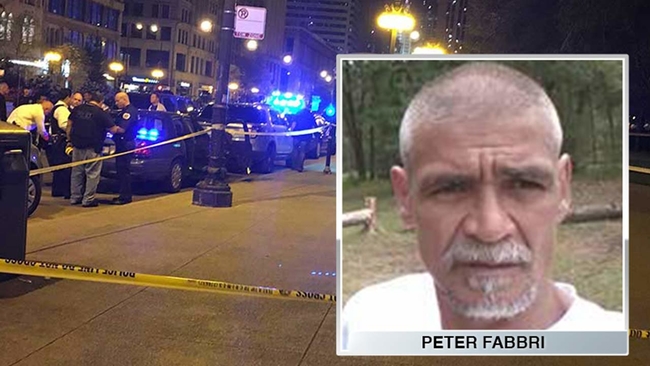 Person in custody after man shot near Millennium Park 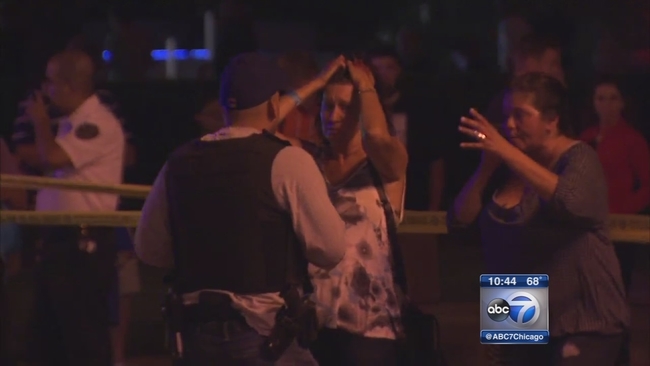