Chicago shootings up 40 percent in first quarter of 2015, CPD says

WLS
By Jessica D'Onofrio and Paul Meincke
CHICAGO (WLS) -- Shootings in Chicago rose by about 40 percent during the first three months of this year, according to new crime numbers released by the Chicago Police Department Wednesday.

Through Monday, there were 355 shootings compared with 253 through all of March of 2014. There were also 18 more murders in the first quarter of 2015 compared to the same time period last year.

Most of the violence continued to affect large portions of the South and West sides, despite the cold and snowy winter.

On North Avenue in the city's Austin neighborhood, there's a donut shop across from a library branch. It's a busy area where, two weeks ago in the broad daylight of a Sunday afternoon, two young men were killed in a drive-by shooting. Both are said to have been gang members. They are now statistics - part of a jump in the city's homicide rate in the new year.

"Because this type of stuff is happening this early in the year, it's gonna get worse than it typically is, so that's the perception of the people I talk to," said Michael Romain, editor of Austin Weekly News.

Romain's beat is Austin, where non-violent crime is dropping, as it is in other neighborhoods. But here, and citywide, homicides are up. So are shootings and shooting victims.

Police frame their look at the numbers by accenting another statistic - the accessibility of guns on the streets.

"So in a city that already has a huge problem with guns, there's more guns out there," said Chicago Police Supt. Garry McCarthy.

Police say they reviewed 500 recent gun arrests that took place over a 90-day period, and that half of those arrestees were quickly back on the street.

"There's two individuals arrested twice for firearms in a 90-day period and they're on the street right now," McCarthy said.

"Austin is the biggest community in the city," said Maurice Robinson of Leaders Network. "Why not have satellite stations to combat those crimes?"

There are many suggestions, all with price tags. The city is emphasizing community policing - building relationships and trust - an effort that, in Austin, has long been fragile. 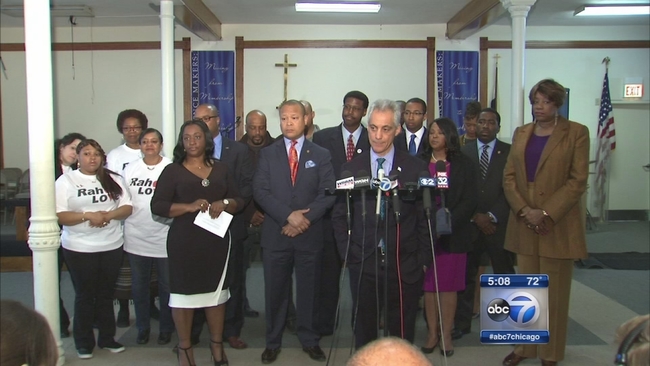