WLS
By Michelle Gallardo
WHEATON, Ill. (WLS) -- Dramatic testimony was heard Tuesday by a state trooper who was badly injured last year in a crash that killed a tollway worker along I-88.

Truck driver Renato Velasquez is accused of faking driving logs to hide his lack of sleep before causing that crash.

This is a bench trial, which means that it is a judge who will decide whether Velasquez is guilty or innocent.

"At some point I woke up in my squad car, burning alive. My hand felt like it was melting," Illinois State Trooper Doug Balder said as he took the witness stand Tuesday.

It's been just over a year since the January 27 accident that left him severely injured, killing tollway worker Vince Petrella. Both were parked in their vehicles off the side of the road on eastbound I-88 near Aurora, helping a disabled truck driver when just before 10 p.m. a semi crashed into them, causing their vehicles to burst into flames. On trial for causing the accident is 46-year-old Renato Velasquez.

"Its been hard not knowing what's going to happen at times," the trooper's wife, Kimberli Balder, said. "We're continuously thankful for all the support we've had to get through everything."

Prosecutors say at the time of the crash Velasquez had slept only 3.5 hours during a 37.5 hour shift. Federal regulations forbid truckers from driving more than 11 hours in a 14-hour period. They then must be off for 10 uninterrupted hours.

Velasquez is charged with falsifying his records and driving a commercial motor vehicle while fatigued or impaired. http://abc7.ws/1ErZT5d

Over a dozen witnesses took the stand Tuesday. If convicted, Velasquez faces a maximum of three years in prison.

"No matter what sentence he gets it's not going to be enough at all," Kimberli Balder said. "It's still minimal. He's not facing anything that has anything with killing anybody."

Some had asked for Velasquez to be charged with reckless homicide, which would have carried a stiffer sentence, but the State's Attorney did not believe those charges could be substantiated in court under the law as it exists now. 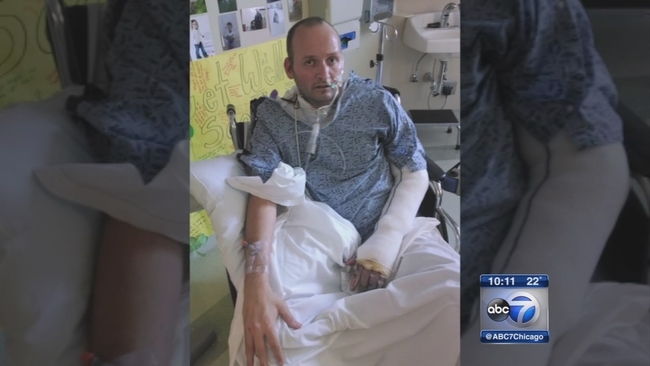