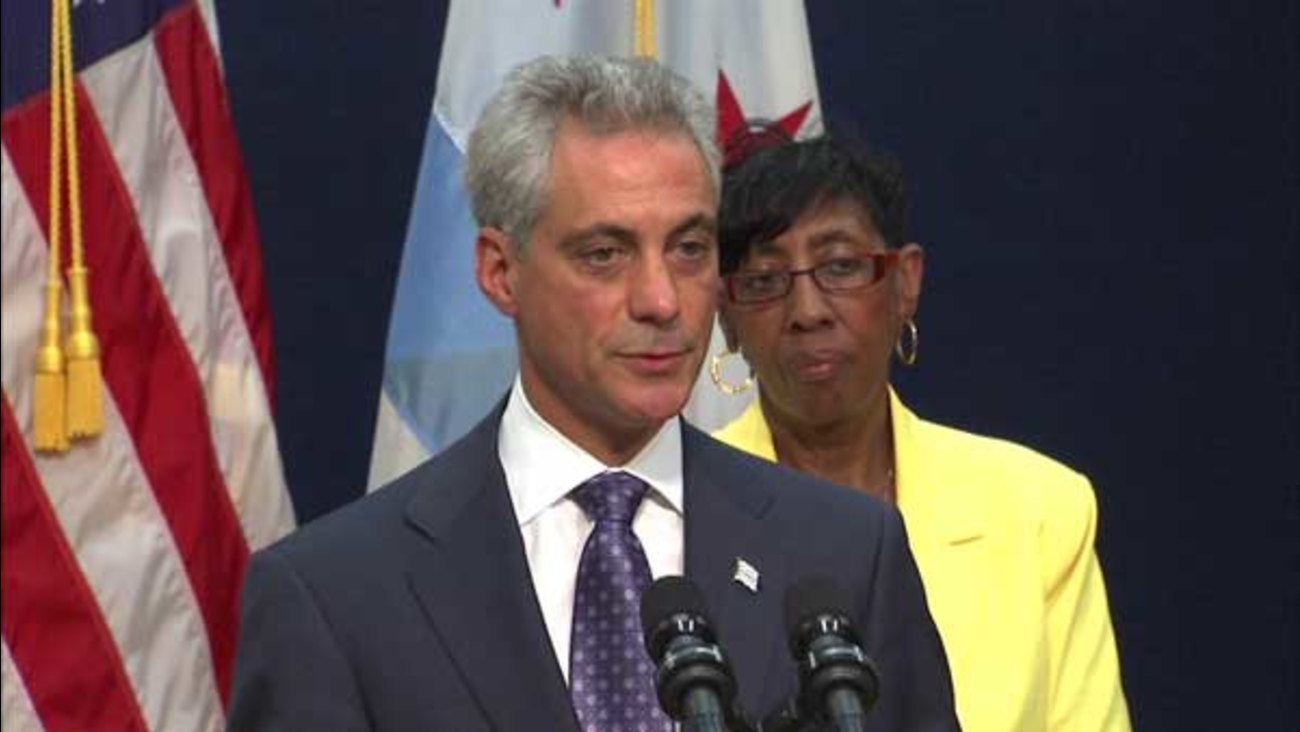 Mayor Rahm Emanuel has called a special Chicago City Council meeting on raising the minimum wage to $13 an hour.

This is the first step toward securing a higher minimum wage for the city. He signed the order at Environmental Design International in the Loop.

Local fast food workers who have staged dozens of protests and demonstrations demanding at least $15 an hour will not be affected by the mayor's executive order. It will apply primarily to landscapers, maintenance workers, security officers, concessionaires and custodial workers contracted by the city.

The order will impact city contracts advertised after Oct. 1, 2014.

The mayor introduced an ordinance to City Council in July that would raise the minimum wage from the current $8.25 an hour to $13 an hour by 2018.

A vote on that ordinance is not expected until after the November election. Aldermen are split on whether Emanuel's proposed minimum wage is too high or too low.
Related topics:
looprahm emanuelminimum wage
Copyright © 2020 WLS-TV. All Rights Reserved.
More Videos
From CNN Newsource affiliates
TOP STORIES