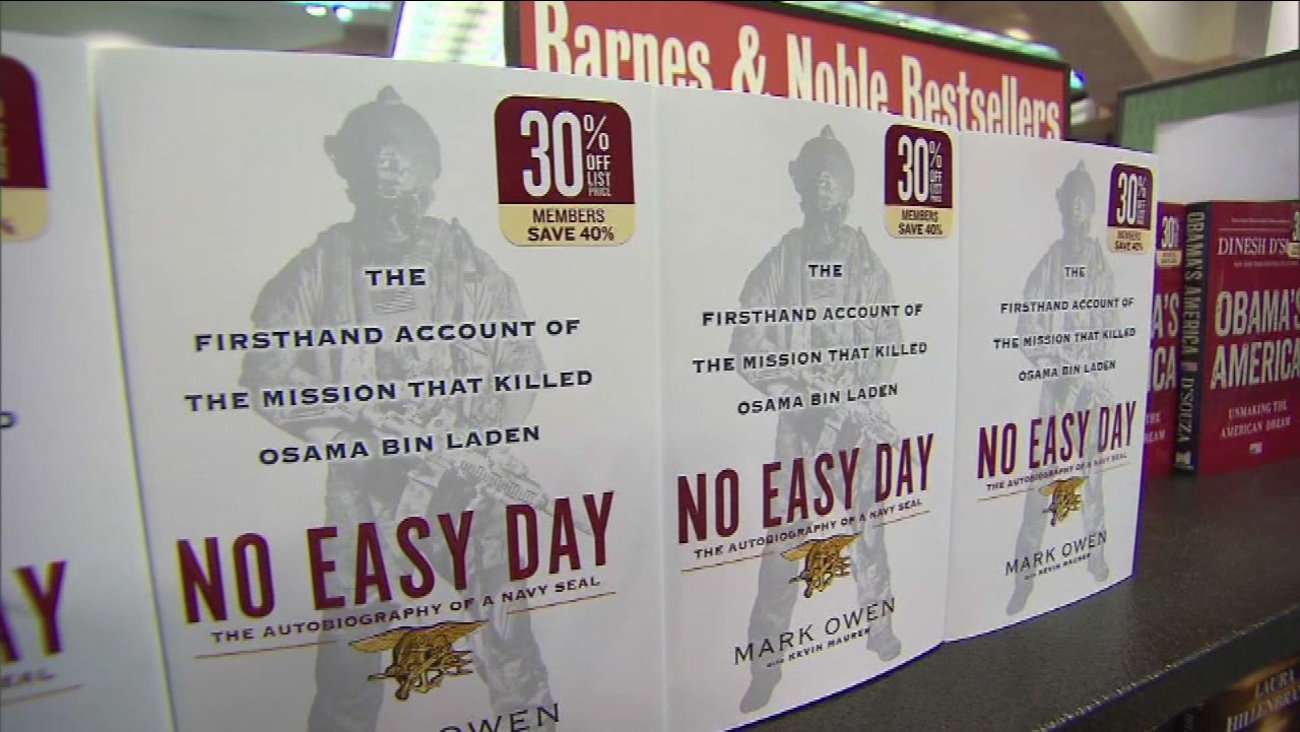 AP
WASHINGTON -- The former Navy SEAL who wrote a book about his role in the raid that killed Osama bin Laden will pay the government more than $6.6 million for violating non-disclosure agreements and publishing without getting the document cleared by the Defense Department, according to federal court documents.

Matt Bissonnette, who wrote "No Easy Day" under the pseudonym Mark Owen, will give the U.S. government all profits and royalties from the book or movie rights. The proceeds already total more than $6.6 million. He will have four years to pay the bulk of that.

The payments were outlined in settlement documents filed in U.S. District Court in Virginia.

According to the settlement, Bissonnette also has 30 days to pay $100,000 from the proceeds of presentations he gave using slides that were not approved by the department.

The book triggered a Justice Department probe, including claims it contained classified material. Bissonnette had signed non-disclosure agreements during his service as a SEAL, and he took part in a number of highly secret operations including the bin Laden raid.

Under the agreement, Bissonnette said he would acknowledge he made a mistake by failing to submit the book for pre-publication review. And in exchange for the payments, the U.S. government has dismissed other liability claims.

Bissonnette has written a follow-up - also under the name Owen - detailing his journey as a member of SEAL Team Six. That book, "No Hero: the Evolution of a Navy SEAL," did go through the proper channels and a few sections were redacted.
Related topics:
navyosama bin laden
Copyright © 2020 by The Associated Press. All Rights Reserved.
More Videos
From CNN Newsource affiliates
TOP STORIES