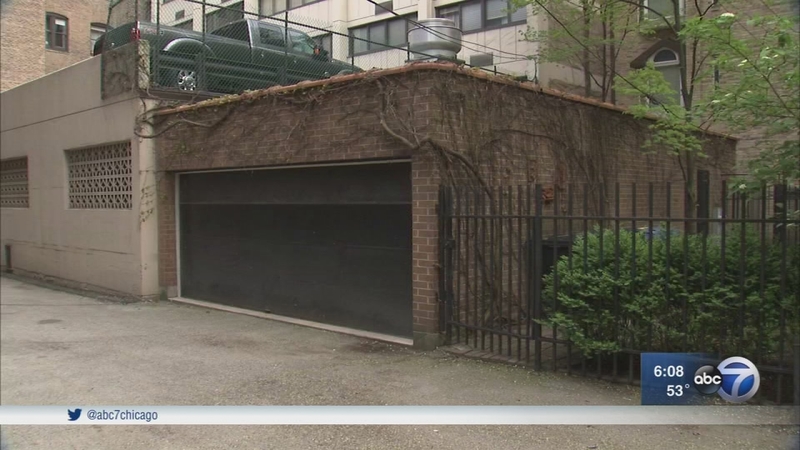 CHICAGO (WLS) -- Twenty years after the murder of Chicago real estate mogul Lee Miglin, the garage where he was killed is still causing pain for his family.

Attorneys call the situation an "unfortunate coincidence" which played out Monday in a Cook County courtroom.

Miglin was killed in the garage on May 3, 1997 by serial killer Andrew Cunanan.

Miglin's daughter, Marlena Miglin, is now going through a bitter divorce from Tim Egan, 2nd Ward Democratic committeeman. At the center of their quarrel and legal fight is the garage where Miglin was brutally murdered.

Egan is trying to evict his mother-in-law from the garage.

Duke Miglin said he received a call in December from Egan, his brother-in-law.

"He asked me if I would be willing to talk to my sister about helping him settle his divorce proceedings. He said if you don't help me I'm going to proceed to file a lawsuit against you, your mother and your wife for the garage," Duke said.

Egan, CEO of Roseland Hospital, lost a 2011 campaign for 43rd ward alderman. He currently lives in a townhouse that was gifted to his estranged wife, Marlena Miglin, by her mother Marilyn Miglin, who owns of a well-known beauty product company.

About three years ago, Marlena Miglin added Egan to the title when she was trying to get a business loan. Now Egan wants access to the garage and is trying to evict his in-laws from the property.

"It was built by my father. He built the garage specifically for he and my mom to use and for her to use for the rest of her life," Duke Miglin said.

"Because they are refusing to let him have access to the garage, we filed a demand under the law to demand access," said Berton Ring, Egan's eviction case attorney.

Egan has offered to allow the Miglins to continue using the garage if they pay $1,400 a month. So far, they have refused.

"There's so much pain generated from what happened 20 years ago and now another something else that is out of our control here is happening again," Duke Miglin said.