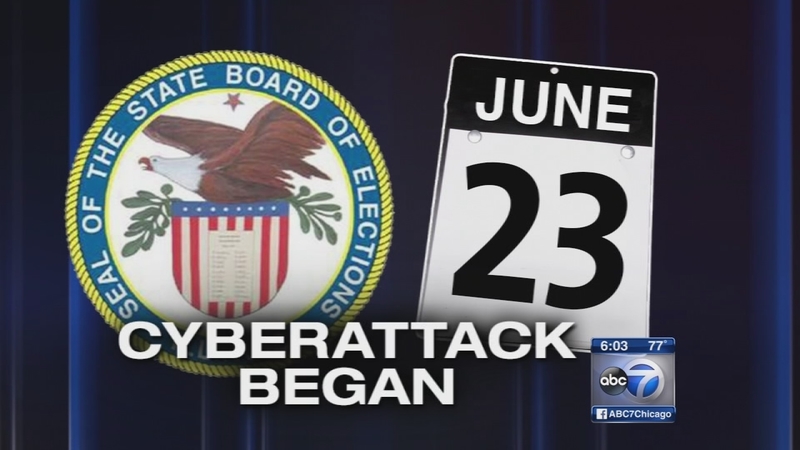 CHICAGO (WLS) -- The Illinois Board of Elections has confirmed there was a cyber breach in the Illinois voter registration system earlier this summer.

"On July 13th we noticed a volume of activity and information being accessed that wasn't what we should have had going at the time," said Ken Menzel, general counsel for the Illinois State Board of Elections.

July 13 may have been the day it was detected, but June 23 was the date that hackers first gained access to at least 200,000 voter records, giving them a several-week head start on the database and possibly the same cyber-attackers who cracked the Arizona election computers this summer. It prompted a FBI alert to state authorities just 10 weeks before the presidential election.

"I don't think there was a great deal of opportunity here to impact the November election. The voter data base is entirely segregated and entirely separate from anything that has to do with voting results and tallies and the like," Menzel said. "I don't know who was involved and that is an ongoing sort of thing, is to identify who was involved."

One of the IP addresses behind the Illinois cyber attack traces back to a website that appears to be connected to a Turkish political party. But other links point to Russian or Bulgarian hackers as well, who might be trying to cultivate distrust by an already skeptical American electorate.