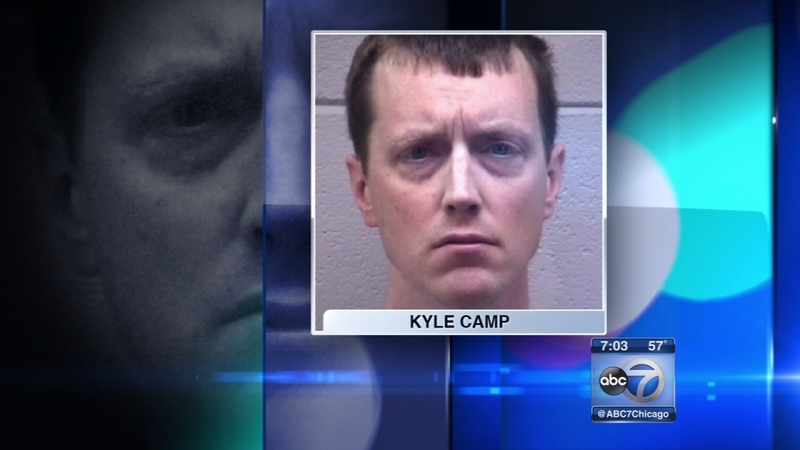 Officials say Kyle Camp teaches social studies and coaches basketball and soccer at Dirksen Junior High School. He was arrested Friday, March 4, after investigators say he had sexual contact with the victim within the last month.

The older sister of the alleged victim's friend tipped off police. Camp is on administrative leave during the investigation. He has been a teacher at Dirksen for six years and is being held on $1 million bond.

Officials say a school counselor alerted all school administrators but did not contact police.

"When we arrived at Dirksen, the teacher had already been sent home and escorted out of the building by officials and we were unable to talk to him," says Joliet Deputy Chief Al Roechner, confirming the school did not call Joliet police at the time.

Police tracked Camp down at his home in Minooka, Ill., and police say that is where he had sex with the girl. But investigators think that wasn't the only sexual contact between the two.

"Some of it, we're told by the friend that came forward that some of it happened in the school itself, but the sexual relations were found to have occurred at his residence in Minooka," says Roechner.

Police are investigating whether there may be other victims.

"If there's anyone out there that had contact with this teacher in an inappropriate manner, please talk to your parents so they can contact us," Roechner says.

On Tuesday, when students return to school from the 3-day weekend, the school will have counselors and social workers available for the students. Students and parents that may have pertinent information are urged to contact the Joliet Police Department directly. Students and parents who have any other concerns should contact the Principal's office.