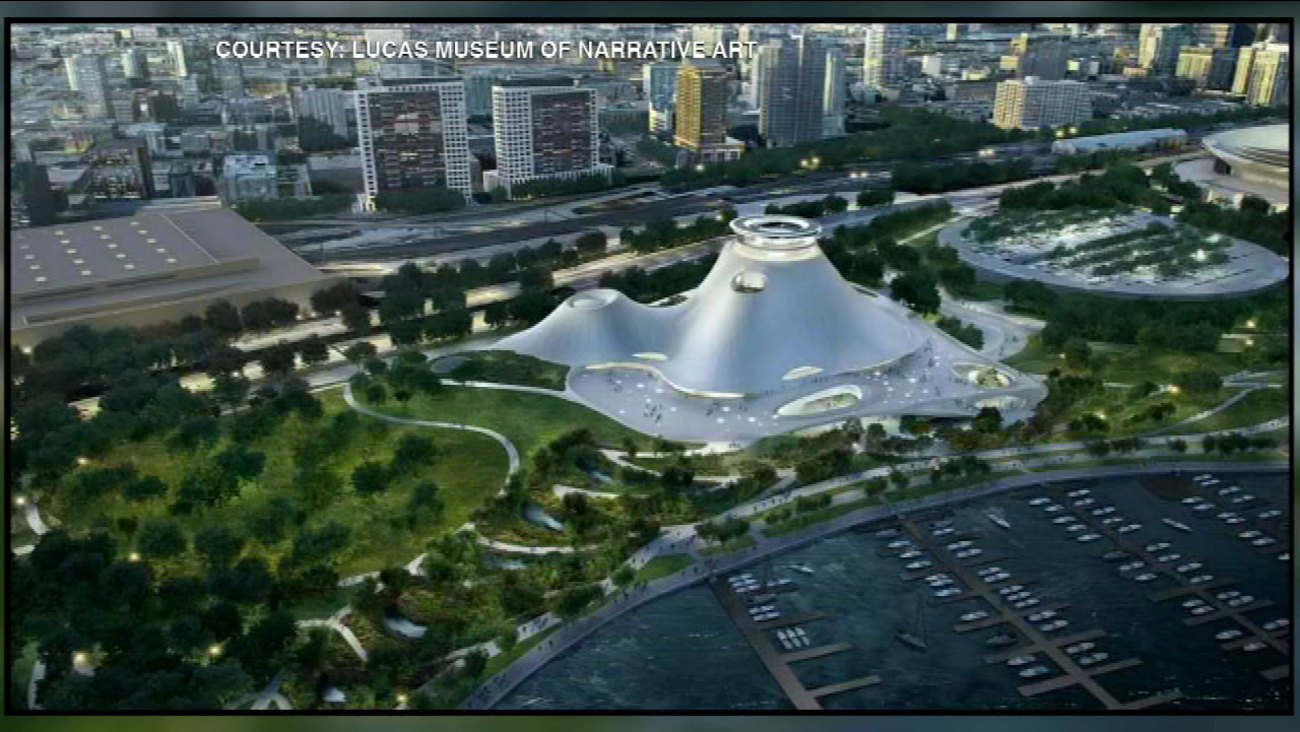 Renderings offer a new look at the proposed Lucas Museum along Chicago's lakefront.