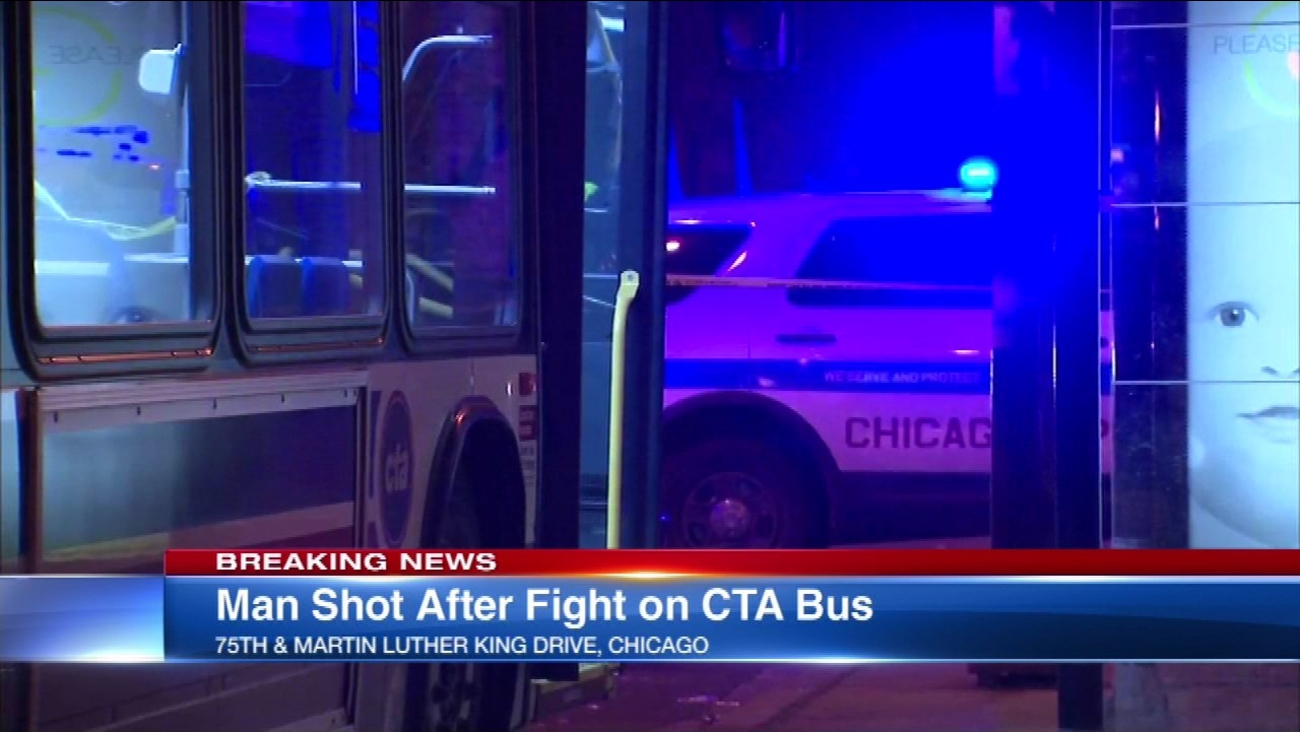 WLS
CHICAGO (WLS) -- A man was shot in the leg Monday evening in front of his child after a fight on a CTA bus on the city's South Side, police said.

The victim was involved in an altercation with another person while they were on eastbound CTA bus No. 75, according to the CTA. Both individuals exited the bus and then shots were fired, the CTA said.

The victim, who was transported to Stroger Hospital, was with his daughter who suffered minor injuries, according to the Chicago Fire Department.