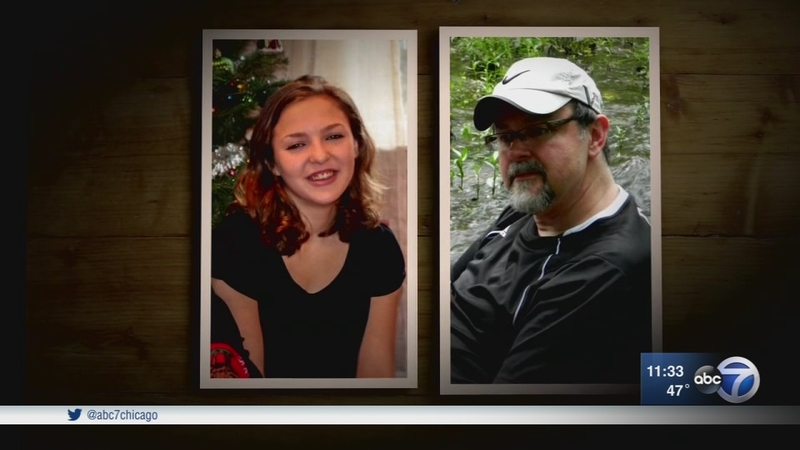 NASHVILLE, Tenn. -- A news outlet has released video of a 15-year-old Tennessee girl who is missing with her high school teacher in hopes that someone will recognize her voice.

Monday marks two weeks since Thomas and 50-year-old Tad Cummins have been missing.

The video, posted on Facebook by Wayne County Now, shows Elizabeth Thomas teaching her older brother how to sew a Confederate flag.

The search has generated more than 1,000 leads, most of them fruitless, the Tennessee Bureau of Investigation said Monday.

Though some of the tips remain under investigation, authorities have not been able to confirm anyone actually saw the girl or her alleged abductor, spokesman Josh DeVine said.

Police said Cummins, a teacher at Culleoka Unit School, absconded with Elizabeth on March 13, more than a month after he was suspended from his teaching duties following an investigation into a student's claim she saw Cummins and Elizabeth kissing in his classroom.

The allegation couldn't be confirmed by the school -- police have since charged Cummins with sexual misconduct with a minor -- but the school removed Elizabeth from his class and instructed the teacher not to allow her in his classroom.

Cummins defied the order, according to school records, and was suspended. He was fired after police issued an Amber Alert for Elizabeth and charged Cummins with aggravated kidnapping in her disappearance, according to police and the school district.

Elizabeth's brother, James, has said that before his sister disappeared she told another sibling to call police if she didn't come home by 6 p.m. on March 13. There was no school that day, and police say a friend dropped her off at a Columbia restaurant.

Investigators say they believe Elizabeth and Cummins were in Decatur, Alabama, later that day. Then, they vanished.

Investigators now say they believe that before the pair disappeared, they sent each other romantic missives using the drafts folder of Cummins' school email account, CNN affiliate WAAY reported.

In one email, Cummins wrote, "'I saw you standing next to your backpack this morning' and makes a reference to a body part of hers and how nice that looked," Detective Marcus Albright of the Maury County Sheriff's Department told the station.

To communicate, Elizabeth or Cummins would write the other an email, often inappropriate, and save it as a draft, District Attorney Brent Cooper told WAAY. The other then would log in, read the message, delete it and write a reply, again saving it as a draft, he said.

"If you read them, you would immediately recognize you are reading messages between two people who have a romantic interest in each other," Cooper told WAAY.

Cooper would not go into further detail, according to the station. He confirmed to CNN that Elizabeth and Cummins sent each other romantic messages via his email account, but would not elaborate. The TBI referred all questions about the emails to Cooper.

The prosecutor also posted a direct appeal to Cummins via the YouTube page of a news director at a local radio station.

"I want to ask you just to do the right thing, and I'm not asking you to turn yourself in," Cooper said. "I'm not asking you to call the police. I'm not worried about that at this point. What we're worried about is Elizabeth and her safety. It's just time to let her come home. Just release her. Drop her off somewhere, somewhere safe, somewhere where she can be found and let her get back home to her family, and we'll worry about what's going to happen to you later."