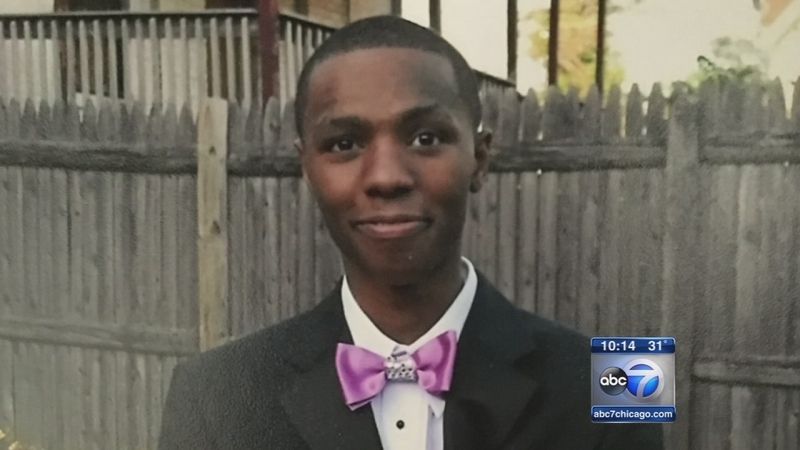 CALUMET CITY, Ill. -- A warning for all parents - a suburban mother's message about a $5 purchase her son made online.

It cost him his life. And many people haven't even heard of this poison.

"I'm pretty sure he thought it was going to be easy, but it wasn't. He died in pain. I was slow, and it was painful," said mom Natosha Anderson

The family of Bernard McCalip says it was the mysterious looking seeds inside a box that violently ended his life two weeks ago.

The 22-year-old was found lying on the family's bathroom floor in Calumet City after being sick for hours. In his final moments, Bernard admitted to intentionally ingesting seeds bought online.

The deadly product, known as the pong pong seed around the world, is an infamous killer in India and southeast Asia, where the "cerbera odollam" or "suicide tree" grows.

These seeds haven't been seen until recently in the U.S. as websites, even eBay, advertise the seeds for planting or decorating. Researchers believe more people have taken their own lives using suicide seeds than any other plant in the world. The poison within shuts down a person's heart.

"Cerberin appears to be one of the most lethal agents in this class of medications or natural plants," said Dr. Roderick Tung, heart-rhythm specialist, University of Chicago Medicine.

McCalip's mother said she never saw the box come into her home. Police confirm that the seeds were purchased online and delivered from Thailand. The cost of this suicide? $4 for shipping and just a little over $1 for the killer seed.

"I can go online and purchase something for $5 - $5 and that can literally devastate a family and kill someone. I don't understand," Anderson said.

She says her child was transgender and struggling with the desire to live life as a woman, recently changing his name to Lucia. Anderson said she wasn't aware of any depression or suicidal thoughts, but she says McCalip was bullied for many years in school. She suspects he was introduced to the deadly seeds on the Internet.

According to a 2012 Centers for Disease Control report, suicide is the second-leading cause of death among 10- to 24-year-olds in the United States.

Information on the pong pong seed, including ways to make it easier to take, is readily available online.

"It's entirely possible that there are cases of people who have passed away from this and we are not aware of it," said Dr. Trevonne Thompson, ER physician/medical toxicologist, University of Illinois Health.

Doctors we spoke with say this is the first local case they've heard of.

"I genuinely hope this is an isolated incident, but we need to be aware that it could potentially get worse. And we have to do everything we can to protect our children," said Dr. Shubhrajan Wadyal, child psychiatrist, AMITA Health Behavioral Medicine.

Anderson is going public with her heartbreak, hoping her loss will alert other parents and families.

It may be months before a toxicology report is available on McCalip. Despite the lethal threat, these seeds do not appear to be regulated here in the U.S. And eBay officials say their policies don't prohibit the sale. Of course, household products can also be dangerous, but one concern with these seeds is that the poison is very difficult to detect - in some countries it's become a tool of murder.