WTVD
CHAPEL HILL, N.C. -- The same day the mother of a 1-year-old girl who was shot while in her arms Christmas Day called for the gunman to turn himself in, the Orange County Sheriff's Office said they had a suspect in custody.

Police arrested 22-year-old Shaquille Oneill Davis Sunday and charged him with attempted first-degree murder and assault with a deadly weapon. The investigation led police to the 3500 block of Century Oaks Road in Durham, where authorities spotted Davis getting into a car.

Tylena Williams and her family spoke outside UNC Children's Hospital Sunday where Maleah Williams is in critical condition. Maleah's family said she underwent two surgeries after being shot in the head.

Through sobs, Williams described what happened on Christmas Day outside Maleah's godparents' apartment on Trinity Court in Chapel Hill.

"And he just started shooting, and I started running," Williams said. "I felt my body being so warm, and my baby was just bleeding so much and gasping for air. And I kept telling her I love her, please don't leave me." 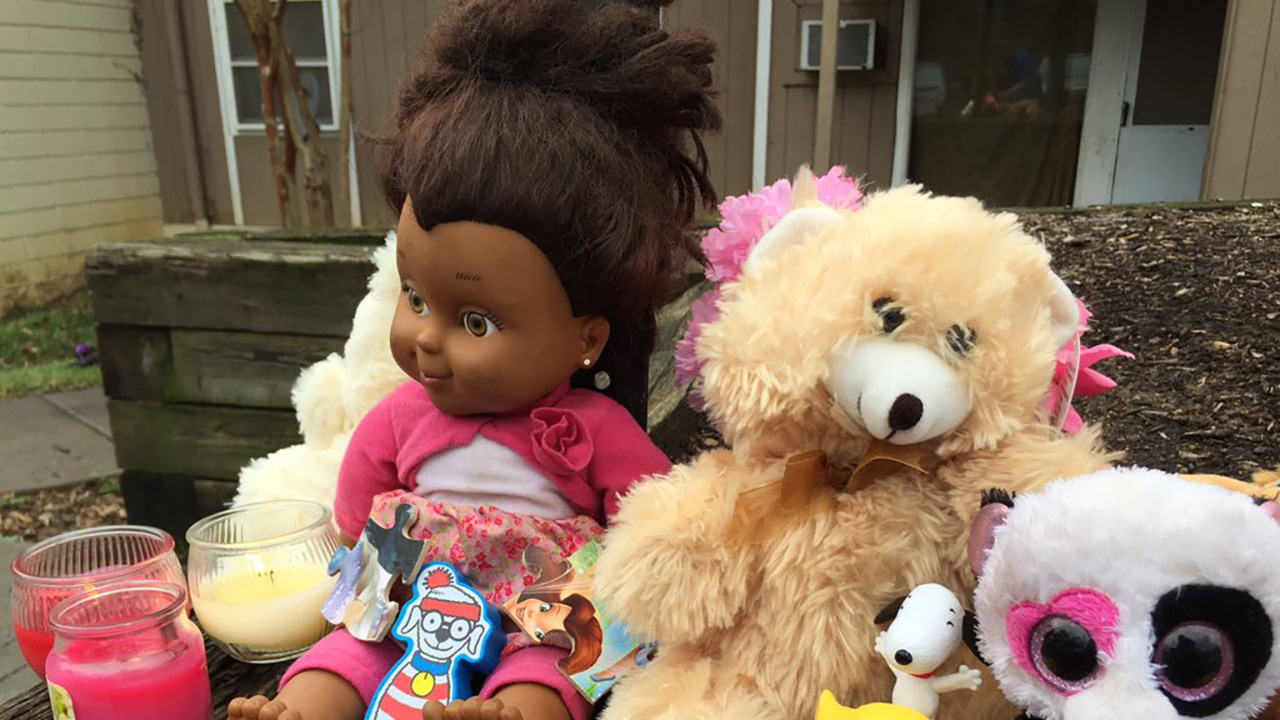 A tribute in support of Maleah has been building outside that apartment. Friends, family and neighbors have been leaving stuffed animals piled high and writing messages for Maleah on a poster taped to the window.

On Sunday, her family wanted to send a message directly to the gunman.

"You know who you are," said Linda Riley. "She saw you. I don't want you to think you're going to get away with it."

Maleah's mom said the bullet that went through her daughter's head wasn't meant for the infant.

"You rode right by all them kids," she said. "You knew there was a chance, so why would you even do that? Now she's up there fighting for her life, and it is killing me."

Davis is being held at the Orange County Detention Center under a $650,000 secured bond.

"Our hearts are grieving over this horrible tragedy, the shooting of an innocent child. My thoughts and prayers are with Maleah's mother and father, her family and neighbors. We are all praying for her recovery, although we know, sadly, that their lives are forever changed.

Home. Family. Safety. We have a right to demand this as a community. Over this holiday time, I know that citizens of Chapel Hill share my sense of sorrow and outrage. This is a time to come together and speak out against gun violence. Our community should be a safe and peaceful place for everyone. We need greater gun control measures now that will reduce the availability of guns here and everywhere.

I would like to thank our Police Department that has been working throughout the weekend to apprehend the shooting suspect, who has been arrested and is in custody."