Mom torches house where her daughter was raped and killed 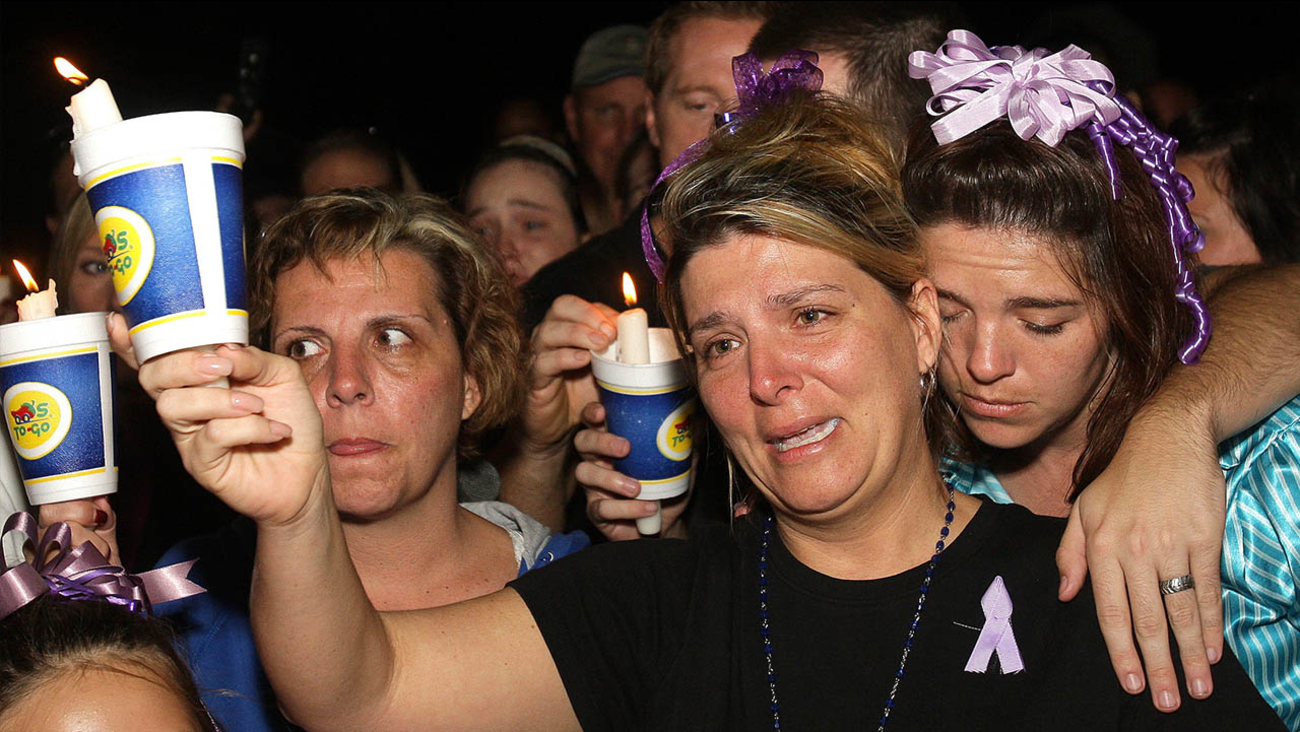 Diena Thompson at a candle-light vigil in 2009 after her daughter Somer was murdered. On Thursday, Thompson was able to burn down the house of her daughter's killer. (Phil Coale / AP)

In 2009, Diena Thompson's daughter Somer, 7, was raped and killed by Jarred Harrell in his Orange Park, Fla. home. Now, Thompson was able to mend the wounds from her daughter's death by burning down Harrell's house.

"It's really real, like, finally the house is getting burnt down," Thompson, 40, told ABC affiliate First Coast News. "And also the fact that, you know, all your hopes and wishes that what Somer's fate that she suffered wasn't true, but today makes it that much more real."

Thompson's fire also got to serve as a training exercise for a local fire department.

"I felt like it was a win win for everybody. It helped me get rid of something for myself and for my family and for the community and it helped first responders get some really expensive training that would have cost them a lot and doesn't come across the pipe very often. I hope they let me throw the match," Thompson told First Coast News.

Harrell pleaded guilty to the Somer's murder and is now serving life in prison for first-degree murder, kidnapping, sexual battery and lewd and lascivious conduct, according to the The Florida Times-Union. Harrell's home went into foreclosure, where it was then transferred to Diena Thompson's Somer Thompson Foundation. Thompson's foundation then donated the house to the Orange Park Fire Department for the training exercise.


App users: Tap here for photo of the fire scene

Thompson wore firefighter equipment as she tossed a torch through a window of the vacant house on Thursday.

"I get to burn their house down," Thompson told the Florida Times Union. "I'm the big bad wolf this time knocking down your door, not the other way around. It's really nice to know that I'm not ever going to have to drive in this neighborhood again and see this piece of trash."