More Than $500,000 Raised for Texas Cop Killed at Gas Station 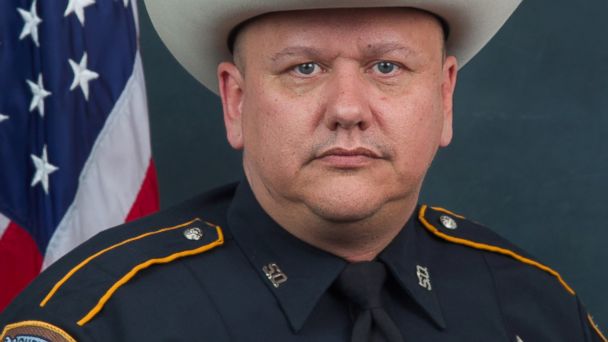 Fundraising efforts for the family of the police officer who was shot at a gas station outside Houston have raised more than $500,000.

Deputy Darren Goforth of the Harris County Sheriff's Office was killed at a gas station in Cypress, Texas, in an apparent unprovoked attack on Aug. 28. Authorities said he was pumping gas into his car when he was shot 15 times.

Goforth was laid to rest on Friday.

A GoFundMe site has raised more than $307,771 in the past nine days. As of Monday afternoon, 4,396 people have donated to the page. The site, started by another deputy from the sheriff's office, Brandon Herlong, states that all proceeds from that fundraiser will go toward Goforth's wife and children.

"He was a husband, father, friend, and amazing person," Herlong wrote on the page. "He certainly did not deserve to have this happen to him. I can't think of a time I saw him when he wasn't smiling."

Another fundraising effort has taken place at the Chevron gas station where Goforth was killed. Fundraising at the gas station has raised about $232,000, according to ABC affiliate WFAA.

One of Goforth's family members told ABC News that the family is aware of the GoFundMe page and the effort to raise money at the gas station where the crime took place. He called the efforts a "wonderful thing" and said the family is grateful for the outpouring of support. He declined to comment further.

The 100 Club, which offers financial support to the dependents of law enforcement officers and firefighters who have died in the line of duty, is also involved in efforts to support Goforth's family.

"I have been in and around law enforcement for many years, this is one of the largest outpourings of support I have ever seen," Rick Hartley, president of the 100 Club, told WFAA.