Mother with baby among 3 women attacked in Midlothian

Police say all three victims had the same description of a masked gunman man wearing black clothing. The victims said their attacker punched and beat them before robbing them of cash.

A 26-year-old mother was holding her 7-month-old girl when a masked man attacked her from behind on July 19. She was on her front doorstep returning home.

"He just started pulling me back to the car, and yelling at me to shut her up - shut up, shut up - trying to reach over me to stick his hand over her face to get her to be quiet," said the victim, who does not want to be identified.

Worried about her baby, the mother followed the attacker's orders to throw her baby in the car.

"I threw her in the car, slammed the door, and then he just started hitting me in my face and my head, over and over," said the victim.

He broke her nose and gave her two black eyes. In the struggle, though, she reacted to save her baby.

"Somehow I found my keys so I was able to hit the lock button on my remote to lock the baby in the car," said the victim.

The attacker rummaged through her purse, and swiped about $40 dollars.

Ten days later, Stephanie Lopez became the second victim. The 22-year-old was walking home from the Midlothian Metra station late at night when she was violently attacked and robbed by a man wearing a black mask and hood.

"He still comes behind me, hits me in my face, knocks me to the floor, gets on top of me, keeps hitting me on my head," Lopez said.

Lopez says the man then grabbed her purse, ripped it from its straps and took off running. She screamed for help, and neighbors called the police.

On Monday, there was a third midnight attack. A 17-year-old girl was pulled into her driveway and a masked gunman approached her. The teen's mother asked us to conceal her identity.

"All I want right now is to get this (expletive) so this doesn't happen to nobody else," said the victim's mother.

The teen's father heard her pounding on their back door and chased the attacker down the street.

As police investigate, the attacks have been kept quiet here in this small southwest suburb.

"We are keeping it quiet because we want to make sure my detectives and my sergeants and everybody have the best opportunity of apprehending this person," said Midlothian Mayor Sharon Rybak.

The mayor says Midlothian police have reached out to the South Suburban Crimes Task Force for help in solving the crimes. The mayor is warning residents to be aware of their surroundings, especially late at night. She adds that they're working on a reverse 911 system to notify Midlothian residents in the future.
Related topics:
midlothianattack
Copyright © 2020 WLS-TV. All Rights Reserved.
RELATED 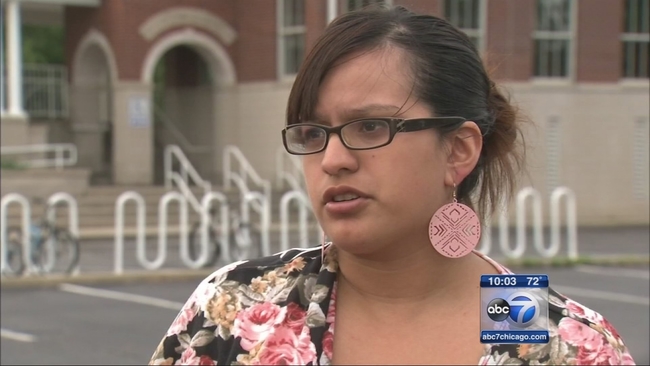