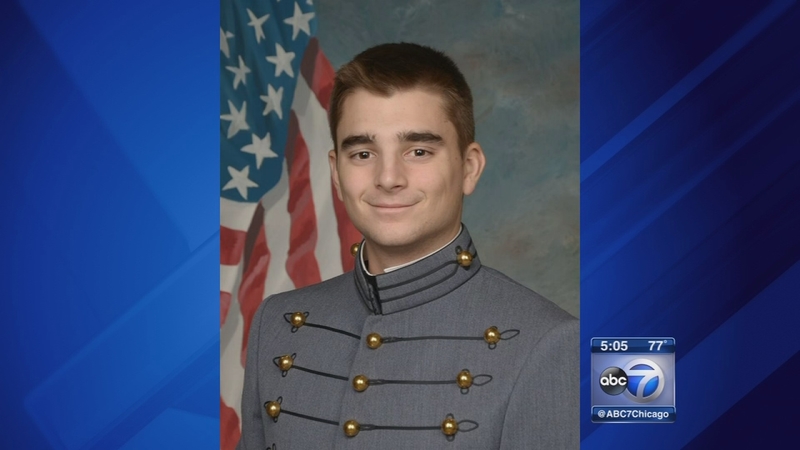 CHICAGO (WLS) -- A West Point cadet from northwest Indiana was among nine soldiers killed in floodwaters in Texas last week.

Mitchell Winey, 21, who grew up in Chesterton, Ind., was one of 12 soldiers on a training mission Thursday when their vehicle got stuck and overturned in the floodwaters of Owl Creek, about 70 miles north of Austin, Texas.

Winey, who was set to graduate from the military academy at West Point in 2018, was killed.

Just last October, Winey danced with his sister, Paige Winey, on her wedding. She said she will most miss "the love he had for me - and always told me that. His personality and he love that he shared with his family and friends."

"I want people to know how lighthearted, yet passionate, Mitchell was," said Sam Iagarola, Mitchell's best friend. "He led by example, by always having an ear-to-ear smile on his face."

He was a bright student, talented athlete and senior class president at Chesterton High School in Chesterton, Ind.

LouAnn Hopson, Mitchell's former physical education teacher, said Sunday she and other faculty broke down when they heard the news.

"We were standing there crying," she said. "Just such a great kid."

Video of cadet Mitchell Winey playing piano, bringing smiles to friend's faces. His family asked that I share it. pic.twitter.com/ok1PsbVRHa

He was killed during troop leader training in Fort Hood, Texas, which is an annual summer military development program.

Floodwaters overturned the tactical vehicle he was riding in. The creek, normally 30 to 40 feet wide, was swollen to about 500 feet wide from last week's storms.

"Part of our warrior ethos is that I will never leave a fallen comrade and were it not for the professionalism and compassion of these emergency services personnel, it would have taken us much longer to live up to our ethos," said Major General John Uberti.