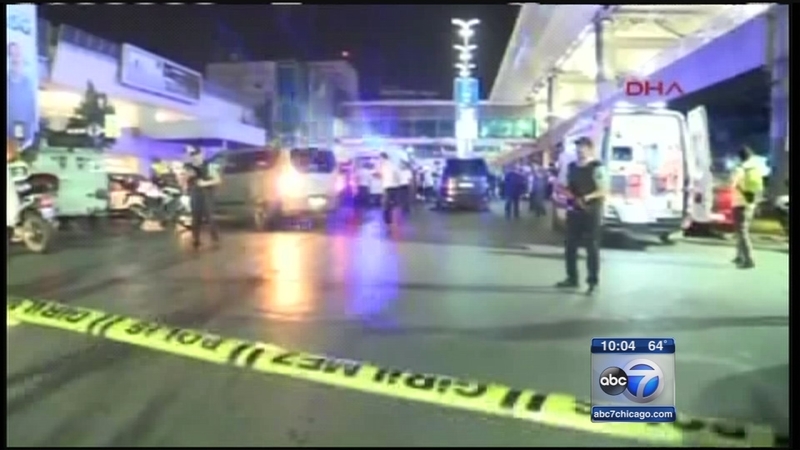 ISTANBUL (WLS) -- A senior Turkish official says 36 people are confirmed dead and 147 people are wounded in a double suicide bombing at Istanbul Ataturk Airport Tuesday night. The death toll is expected to rise. Turkey's Health Ministry says 49 ambulances were sent to the airport.

Turkish Prime Minister Binali Yildirim said at a press conference that all signs points to ISIS being behind the attack. Yildirim also said there are foreign nationals and police officers among the wounded.

Yildirim said three people were involved in the attack, arriving with weapons at the airport in a taxi. He stressed that there was no security lapse at the airport. An airport security officer, speaking to ABC News, said the first attacker tried to enter the airport with a gun, which was spotted when he was going through the security checkpoint at the entrance of the airport. Upon detection, he began to shoot and then was shot by security officers. 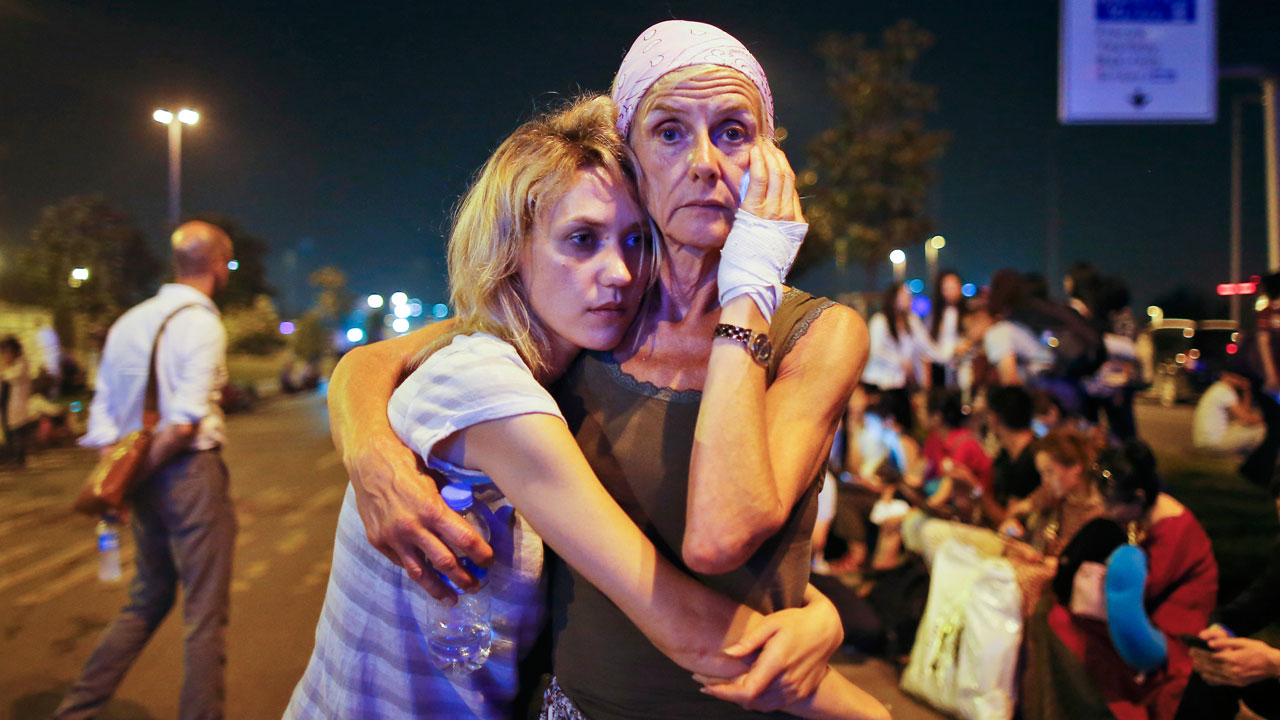 PHOTOS: Attack at Ataturk International Airport in Istanbul
Turkish officials says at least 31 people have been killed and over 100 injured after multiple attackers blew themselves up at Istanbul Ataturk Airport.
There has not yet been an official claim of responsibility from a terrorist group, but both ISIS and Kurdish radicals have been responsible for attacks in Turkey in the last year.

"It has all the hallmarks of an ISIS attack," says University of Chicago terrorism expert Robert Pape. "We have multiple suicide attackers, they are clearly following out a well-scripted attack plan."

Turkish President Recep Tayyip Erdogan has released a statement condemning the attack on Istanbul's Ataturk airport, which took place during the Muslim holy month of Ramadan. He says the attack "shows that terrorism strikes with no regard to faith and values."

He has called on the international community to take a firm stand against terrorism and vowed to keep up Turkey's struggle against terror groups.

Erdogan says "Turkey has the power, determination and capacity to continue the fight against terrorism until the end."

Earnest says the Istanbul airport, like the Brussels airport that was attacked earlier this year, is a symbol of international connections and the ties that bind nations together.

He says the U.S. sends its deepest condolences to the families and loved ones of those killed and wishes a speedy recovery to those injured.

Earnest says the United States remains steadfast in its support for Turkey, a NATO ally and partner, "along with all of our friends and allies around the world, as we continue to confront the threat of terrorism."

This is the fifth major attack on Turkey's largest city so far in 2016; earlier in June a car bomb attack on a police bus killed seven officers and four civilians in central Istanbul. In March, the U.S. ordered the department of family members of government personnel posted to the consulate in Adana and in the Izmir province through July 26, 2016, due to security risks.

People with family in Turkey reacted to the devastation immediately.

"I text my friends and my families to make sure they are fine, they are good," says Oguzcen Atil, a native Turk living in Chicago. He reached out to his loved ones after seeing the destruction on television.

Now used to speaking out about more remote terrorist attacks, this time the Istanbul struck frighteningly close to home for Council on American Islamic Relations executive director Ahmed Rehab. It almost struck his own family.

"My family is in Turkey, and they would have been in the airport tonight," Rehab says.

He also denounced ISIS once more, and especially the timing of the attack.

"ISIS and those types of terrorist groups hate Islam and Muslims. They strike in Muslim countries in the holiest of Muslim months," he says.

A flight delay kept Rehab's family away from the airport, but he knows another attack from ISIS is imminent.

"To us, there's a big question mark on the identity of ISIS. They claim to be Muslim; we think it's a cover for a narrow political agenda," he says.

The risks involved with traveling to Turkey weigh heavily upon Hakan Berberoglu, executive director of the Turkish multicultural Niagara Foundation - his daughter and mother arrived at Istanbul Ataturk Airport two days ago.

The attack took place around 10 p.m. local time, a busy time of night for one of the Middle East's largest hub airports. Ataturk is the world's 10th busiest airport for international passengers.

Orhan Ulger of Chicago's Turkish American Cultural Alliance has spoken to a friend who was at the airport at the time of the attack.

"A friend of mine, her husband was there are the airport during the incident and based on his observations there was a lot of death and injury. But he was able to make it safe out of the airport and the last time I texted he was safely headed back home," Ulger said.

Passengers on the Turkish Airline direct flight from Istanbul to O'Hare Tuesday only learned of the deadly attack on the airport when they arrived in Chicago.

All scheduled flights in and out of the U.S. and Istanbul were been temporarily suspended while officials sorted out the attack, a senior U.S. official told ABC News. An earlier ground stop issued by the Federal Aviation Administration appears to have been lifted by 8 p.m. CDT.

In Terminal Five there were hugs and tears. Susmita Ayagari of Chicago was just relieved to hear her parents are safe.

"I was trying to figure out when their flight took off, if they took off or not, and once we found out they took off I was really happy. But just now, when my dad texted me saying he landed, it's much better," she says.

Her parents and their fellow passengers were in the air when the attack occurred; the flight from Istanbul to Chicago left six hours before the gunfire and bomb blasts. Some of the passengers had passed through that same terminal.

"No announcement on the plane. As far as I could tell, I couldn't connected with the wireless, which they have free wireless. They have live news, live TV. Nothing was working," says passenger Brad Brenneman.

With airport security under a microscope, some in the U.S. suggest it may be time to increase security perimeters, moving them out to the front door or even out to the roads approaching airports.

When the earlier FAA ground stop was in place between the U.S. and Turkey, some O'Hare passengers headed to Istanbul were told they might have to fly into an alternate airport.

"We're trying to get another flight to somewhere else because we feel unsafe to send the kids out there. We don't want them to go to Istanbul at all," said Naim Gocaj at the time.

On Monday, the U.S. State Department updated its travel warning for Turkey, advising that foreign and American tourists have been explicitly targeted by both international and indigenous terrorist organizations.