The Illinois lab is one of 51 in the US and overseas that received live shipments of anthrax mistakenly sent by the Defense Department. And the embarrassment widens for the Pentagon, which is scrambling to explain the bungled shipments.

"51 labs in 17 states and three countries, one in the District of Columbia and three foreign countries - we expect this number may rise," said Robert Work, Deputy Secretary of Defense.

This anthrax scare started at the military's Dugway proving ground in Utah when a batch of anthrax was treated to kill live spores. Some of them survived.

"Those sterility tests did not detect live anthrax - we need to know why," Work said.

A year's worth of shipments from that batch - samples thought to be safe - were sent via FedEx, and some ended up in Illinois.

Officials from the Illinois Department of Public Health say it wasn't a state lab and the Pentagon won't say which lab in Illinois it was. All they will say is that no one was infected.

"There are no suspected or confirmed cases of anthrax infection among any workers in any of the labs that have received these samples over the last 10 years and we continue to work with the CDC to ensure all possible safeguards are taken to prevent exposure at the labs in question," Work said.

The military has trained for an anthrax attack by terrorists and soldiers receive anthrax vaccinations.

The I-Team does know that a lab in Wisconsin, BBI, is among those receiving live anthrax. BBI develops biothreat detection technology for the military and first responders. The company that employs 20 people has been shut down since the accidental live anthrax shipments were found.

Officials at Argonne National Laboratory in southwest suburban Lemont have told the I-Team that they didn't receive the anthrax. The I-Team hasn't heard back from Fermi Lab in west suburban Batavia. But there are about 100 private and local government facilities in the state that are accredited to do lab work.

For updates on the Department of Defense's anthrax laboratory review, visit: http://www.defense.gov/home/features/2015/0615_lab-stats/ 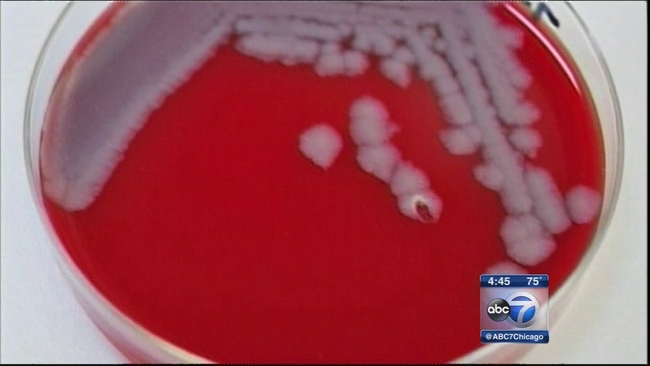