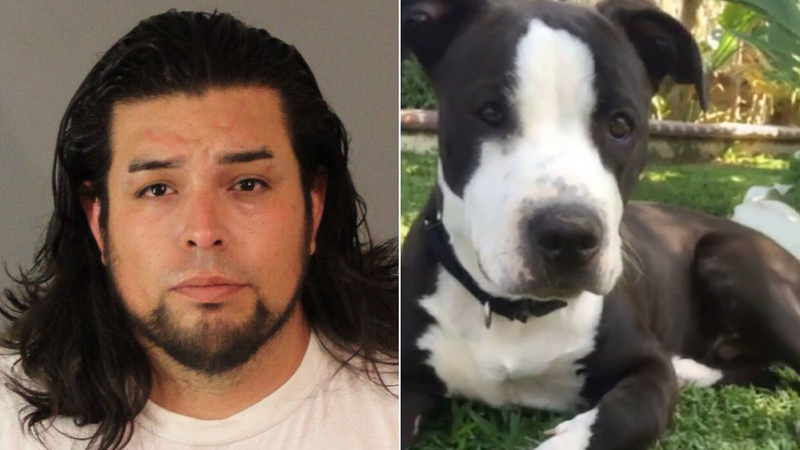 RIVERSIDE, Calif. -- A Riverside man is free on bail after he allegedly slit the throat of a neighbor's pit bull that had killed his poodle.

Officials say that while the law allows pet owners to take action to protect themselves and their pets, the alleged actions of Rudy Jesus Barajas went beyond self-defense.

"The law is pretty clear: You have rights to protect yourself and your property," said John Welsh with Riverside County Animal Services. "What you're not supposed to do is cause another animal to die out of spite or whatever reasons."

The incident began when the pit bull, Devo, got into his neighbor's yard and attacked Barajas' 10-month old poodle, named Spunky. Witnesses said Barajas and other neighbors freed the poodle from the pit bull's mouth. The poodle was alive when released but later died of its injuries.

Barajas, officials say, then dragged Devo into his house from the street and slashed his throat. The pit bull ran back to his owner and then collapsed, dying on the way to the veterinarian.

Barajas has been charged with animal cruelty.

"I saw he was just cutting his neck. And then he lets him down. And then I see my dog running towards my house."

She said she knows her pet caused harm, but doesn't believe he deserved this.

She also remains afraid of Barajas, saying he also threatened the family with the knife and they now fear for their safety.