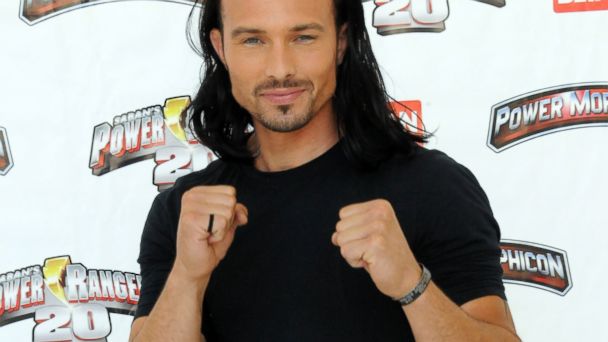 Ricardo Medina Jr., 36, most well-known for his role on the TV series "Power Rangers Wild Force," was arrested for murder Saturday in connection to the stabbing death of his roommate Joshua Sutter.

According to a statement released by the Los Angeles Sheriff's Department, Medina Jr. and Sutter, also 36, got into an argument that turned physical Saturday afternoon at the residence they shared. When Medina Jr. retreated to his room with his girlfriend, Sutter forced his way into the room. Medina then stabbed Sutter in the abdomen with a sword kept in his room. Sutter was taken to a hospital and later pronounced dead.

Medina Jr. called 911 after stabbing Sutter, remained at the scene and was interviewed by detectives. He was arrested for murder and is currently being held at Palmdale Sheriff's station, authorities said. His bail is one million dollars, and the incident is currently under investigation.

According to ABC station KABC, Medina had only lived at the residence for about two months and neighbors said he kept mostly to himself.

Medina Jr. is set to appear in court Tuesday morning.