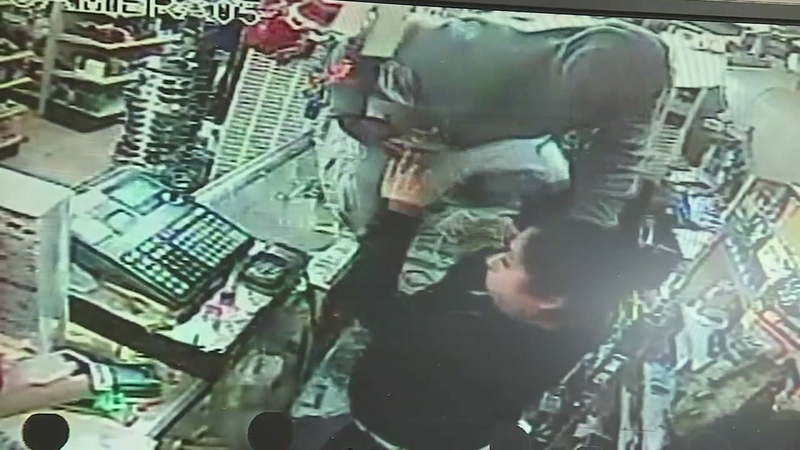 HOUSTON -- A woman says she miscarried twins after being attacked and robbed at a southeast Houston convenience store, and now she's hoping the thieves are soon captured.

"I was telling them whatever you want, take it, but don't hit the girl because she is pregnant."

Manager, Karim Chunara and cashier, Diana Davila, survived a violent robbery at the M.L. King $1.09 & Discount Store in southeast Houston this week. Three men, one of them grabbing Karim, also known to customers as Chris, on his way inside. He was forced to the floor while another jumped the counter.

"They were telling me, I'm gonna shoot you," said Chunara.

Yet another crook robbed customers at nearby game machines, and all the while, the others terrorized Diana.

"They kicked her in the stomach, the guy slapped her," said Chunara.

"They took my life, the life of my babies."

Diana says she was 3 months along with twins, until last night when the stress and her injuries sent her to the doctor for the horrible news.

"I don't care about it that they took the money, they took my babies."

If you have any information on this crime, please call Crime Stoppers at 713-222-TIPS.

You can remain anonymous and receive a cash reward.