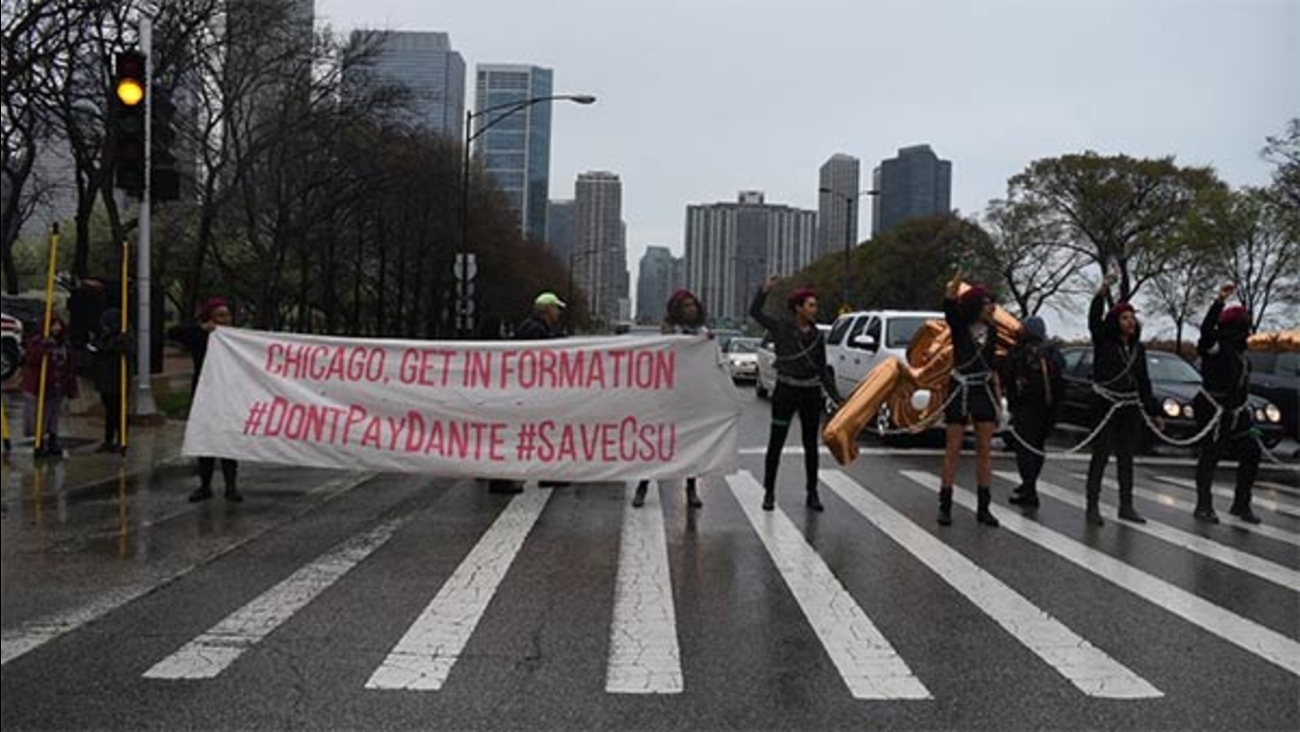 The activists were with Assata's Daughters, Black Lives Matter Chicago and FLY.

The group called on the Chicago Police Department to fire Dante Servin, the police officer who shot and killed 22-year-old Rekia Boyd while off duty in 2012, and to revoke his pension.

They further chastised state lawmakers for the budget impasse that has withheld public university funding and caused Chicago State University to lay off 300 workers Friday night.

"There will be no uninterrupted NFL Draft Town when Black women die without justice. There will be no silence when Mayor Emanuel and the city council are cutting a $302,000 deal for an event worth $3.2 million at the same time that we cannot afford to fund Black education," the group said.

Protesters formed a chain and blocked traffic, holding a banner that read: "Chicago: Get In Formation #DontPayDante #SaveCSU"