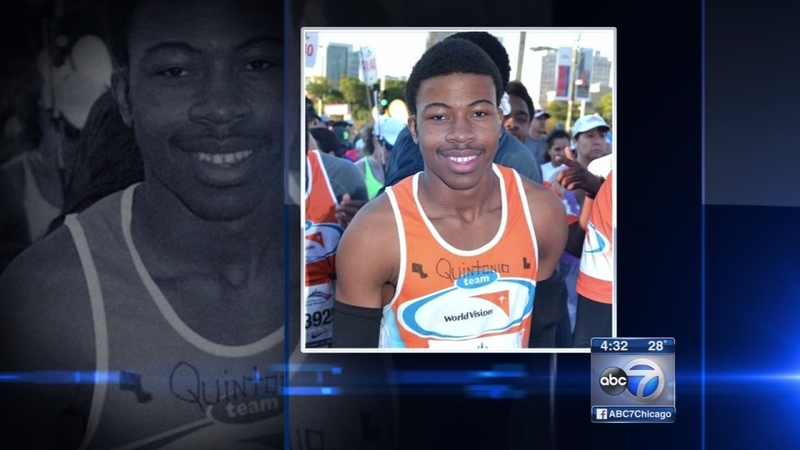 This past weekend, she lost 19-year-old Quintonio LeGrier who came to live with her when he was just 5 years old. She was his legal guardian, but would have adopted him had his father not refused to give up his parental rights.

LeGrier was fatally shot by Chicago police in the West Garfield Park neighborhood the day after Christmas when his father called 911 complaining that his son was wielding an aluminum bat and acting erratic, police said.

"He never raised his voice at me," Stenger said. "He was a straight A student. He ran the marathon. He was just a great kid. A quiet kid."

LeGrier was an electrical engineering student at Northern Illinois University. But two years ago, Stenger was there when he graduated from Gwendolyn Brooks College Prep.

Stenger said LeGrier started having some emotional problems shortly after moving to NIU. Records show he had three run-ins with university police.

When he was shot on Saturday, he was on winter break and spending time at his father's West Side home. On Monday, his father filed a wrongful death lawsuit against the city.

"He was supposed to be at my house for Christmas because the family was there," Stenger said. "Everybody was there."

However, LeGrier didn't make it to Strenger's home. He spent Christmas day and night at his father's place.

At about 4:30 a.m. the day after Christmas, father Antonio LeGrier called 911. Bettie Jones, 55, who lived in the downstairs unit of LeGrier's home, was also shot by police. CPD has since acknowledged that her shooting was accidental.

Among the mourners was Torrance Johnson, LeGrier's best friend who played baseball in high school with him.