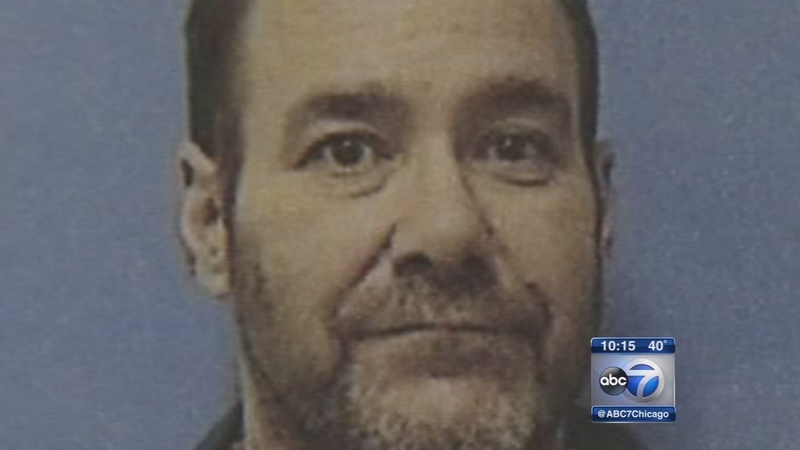 CHICAGO (WLS) -- The ABC7 I-Team investigated a lawyer who stole more than $1.2 million from his clients, and the victims who say they want some of their money back from an organization designed to protect them.

At one point, most of us will hire an attorney. But some victims who were ripped off say they trusted a lawyer based on previous work he had done for them - and that there was a red flag they didn't know about.

"His job was to close the estate, file the taxes and do the distribution of the money to the heirs," said David Hanson, a victim.

Rehberg was recently sentenced to 9 years after pleading guilty to three counts of theft for stealing what McHenry County prosecutors say was more than $1.2 million from the estates that these three men represented.

"Gone. All of it. Didn't get a penny, not a red cent," said Martin Ochwat.

Ochwat says he had worked with Rehberg for years on other legal transactions and never had a problem.

Ochwat was awarded restitution by the state, and Hanson was too. They both won this civil judgment. Hanson hired Rehberg to manage his parents' estate; he and his family are owed $157,000.

"It's gone, gone, there is no way to get it back - he wasn't insured, he wasn't bonded," Hanson said.

The Illinois Attorney Registration and Disciplinary Commission says there is no law requiring attorneys to carry malpractice insurance; there is, however, what's known as the ARDC client protection program, a fund set up by the organization with lawyer fees to help reimburse victims of fraud.

"Their rules are vague, ambiguous and they are applied at their own discretion, and you can't get a straight answer," Hanson said.

But the ARDC says, according to Illinois Supreme Court rules, they can't even consider a payout until a lawyer is officially disbarred, which just happened to Rehberg in January.

"We have to wait for the commission to approve the client protection program, program payouts," said Jim Grogan, deputy administrator and chief counsel, ARDC. "We tell people due course because we don't want to set them up for, 'Oh it's going to be next week or next month or its going to be June,' we just tell people due course. It could be months. Hopefully not years."

He says there's a total of 12 pending claims against Rehberg for $1.4 million but commission rules cap ARDC restitution at $1 million per attorney and $100,000 per claim.

"It is hope they will be compensated pursuant to the client protection program," Grogan said. "Hopefully there will be consideration in 2015."

McHenry County prosecutors say a half million dollars of the stolen money was intended for donation to cancer research.

"The estate I was in charge of was going to St. Jude Children's Research Hospital," said Ronald Kalemba.

That was the dying wish of Kalemba's girlfriend.

"She was dying of cancer, that's what she did die of," Kalemba said.

And a possible warning missed by the victims; in 2003 Rehberg was disciplined by ARDC for not being honest with a client, but he was allowed to continue practicing.

"The court has a range of sanctions available and given the misconduct as known at the time, yes it seemed to be an appropriate sanction," the ARDC said.

Grogan says the ARDC sent news releases and that Rehberg's record was available on its website, but these three men believe more could have been done to inform Rehburg's clients.

If a lawyer has been disciplined, there is no law requiring them to tell clients. Victims say they're meeting with a state representative, lobbying for changes.

An attorney for the convicted lawyer says Rehberg accepts his punishment as being just and has publicly apologized. It is believed that the money he stole is gone.

You can search an Illinois attorney's record by visiting: http://www.iardc.org.