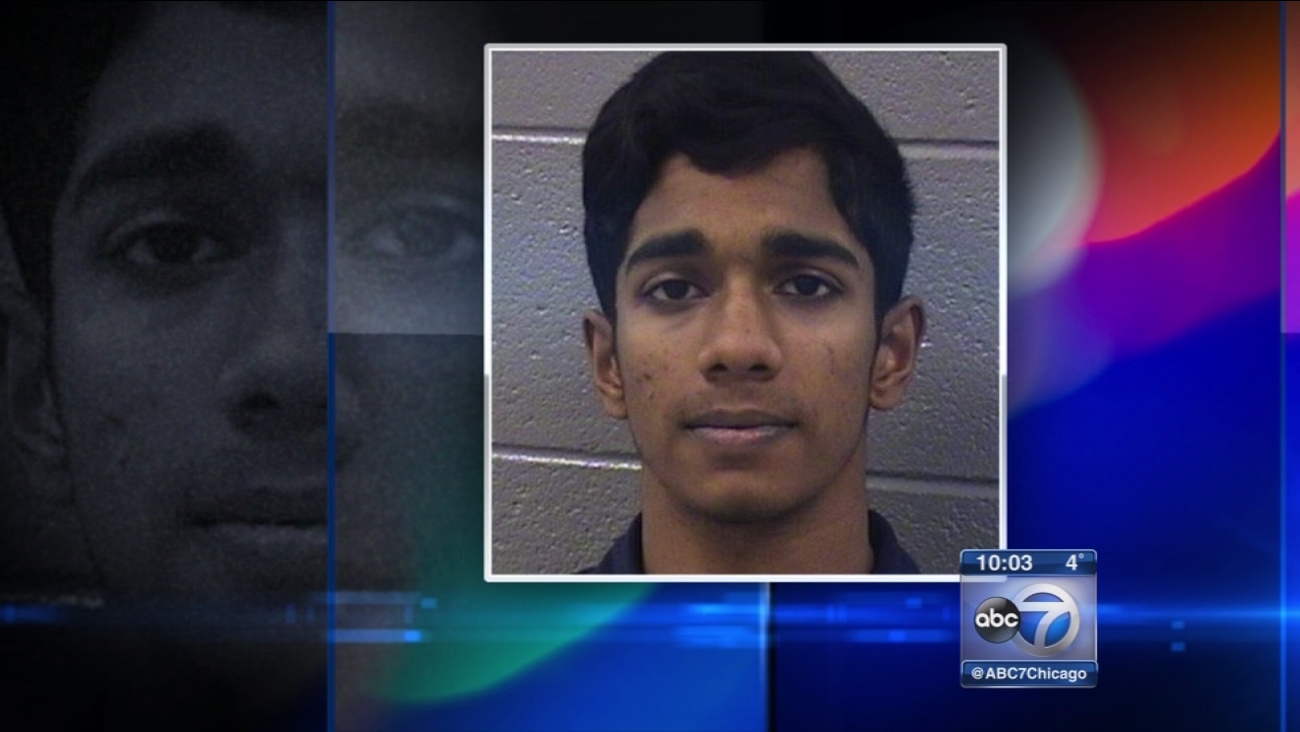 Mohammad Hossain, 19, is charged with sexually assaulting another student. He allegedly told investigators he was acting out scenes from the movie "Fifty Shades of Grey". (WLS)

WLS
CHICAGO (WLS) -- A University of Illinois - Chicago student is being held Monday night on $500,000 bond on sexual assault charges.

Mohammad Hossain, 19, allegedly told investigators he was acting out scenes from the movie "Fifty Shades of Grey".

"Fifty Shades of Grey" is about a less-than-traditional relationship between a wealthy, controlling businessman and a sexually-naive college student. But prosecutors say Hossain took his interest in the film too far.

Prosecutors described a violent sexual encounter, but the suspect's attorney says her client thought it was consensual.

The assault allegedly took place in Hossain's dorm room in the 900-block of W. Harrison. Prosecutors said a female student, also 19, agreed to remove some of her clothing. Then, Hossain allegedly bound her hands and legs and covered her mouth with a necktie before hitting her with a belt.

Prosecutors say the woman cried and asked him to stop, but he refused and began punching her, and then sexually assaulted her. Hossain allegedly told police he was re-enacting scenes from the "Fifty Shades of Grey" movie.

"Fifty Shades of Grey" has been made popular by its risque themes of sexual dominance - but it's also drawn critics, who say it glorifies sexual violence.

"It makes people think that this is kind of a healthy intimacy that they should try to engage in in order to spice up their relationship, but really it's just violence," said Dawn Hawkins, National Center on Sexual Exploitation.

Universal Pictures, the studio that produced the film, did not respond to ABC7's request for comment.

A UIC spokesperson says it was university police that made the arrest, and they're working closely with prosecutors.