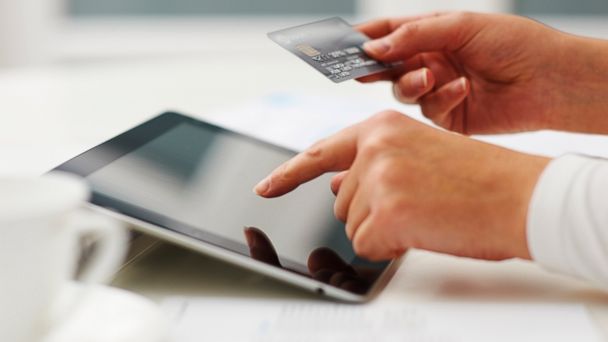 You've had your fill of turkey, maybe even elbowed a fellow shopper or two, and now it's time to get in front of a computer for Cyber Monday. With many Americans back in the office after the holidays, employees may have to check these online deals on their breaks. But don't worry, more retailers are stretching out Cyber Monday into Cyber Week.

Be prepared for limited supplies, limited-time sales and restrictions. Here are some Cyber Monday deals to consider:

Amazon's Fire phone is available unlocked for $199, originally $649, in a limited promotion that ends Monday. The phone works with GSM carriers including AT&T, T-Mobile, Metro PCS and Cricket. It comes with a full year of Amazon Prime membership for free two-day shipping and access to free streaming movies and television shows, like FX's "The Americans."

Want a quality, well-fitted custom men's suit at a fraction of the cost of traditional tailors? As part of Black Lapel's first sale ever, on Saturday and Sunday buy any two shirts and get any silk knit tie free. On Monday, buy any gift card and get a 40 percent bonus added in value. Black Lapel's online ordering system offers free shipping and a "flawless fit promise."

Starting at 12:01 a.m. on Cyber Monday through Sunday, Dec. 7, GameStop.com will offer deals on new and pre-owned video games, consoles, smartphones and more. All week long, customers can snag deals both online and in its more than 4,200 retail stores.

Though this year's details haven't been released, last year Google Play had free MP3s, including pop hits and classics.

"If last year's spoils were anything to go by, Google Play will be the one-stop shop for any movie buff or music-lover who may have overstretched themselves on Black Friday," according to DealNews.

- Get 50 percent off Hasbro games.

- Receive up to 40 percent off Joe Boxer apparel for the family plus save 15 to 25 percent off with code CYBER25.

The sister stores Office Depot and OfficeMax will have exclusive online deals with a Cyber Monday pre-sale beginning on Sunday through Monday, Dec. 1. Then, the stores will have deals through the week on laptops and tablets through officedepot.com/cybermonday.

- Save $30 on Craftsman C3 19.2V Lithium-Ion Hammer Drill Kit and pay $99.99; plus Shop Your Way members get an extra 10 percent off tools purchases at Sears.com, with some exclusions.

- Get 40 percent off select custom holiday cards and photo calendars in-store and online.