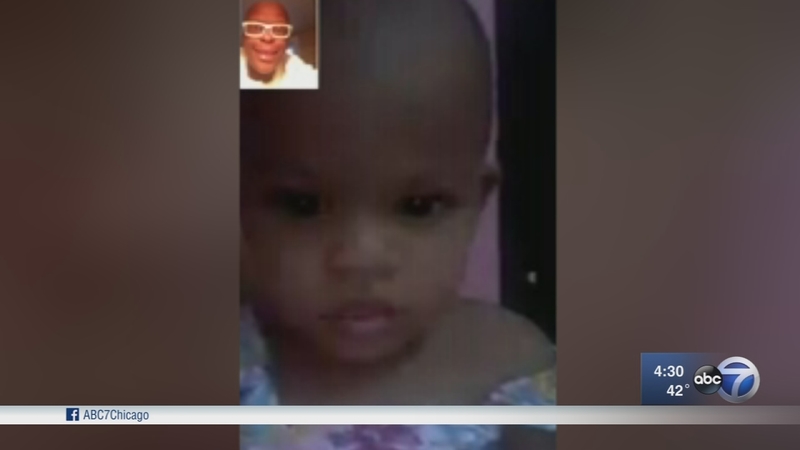 FOREST PARK, Ill. (WLS) -- ''I love my granddaughter, and I want the best for her,'' said Kia Walker, the grandmother of Heather Mack's baby.

Walker, of Forest Park, wants to take care of the child who is growing up in a Bali prison.

Stella, who turns 2 next month, is living with her mother, who is serving a sentence for murdering Mack's mother, and Stella's maternal grandmother Sheila von Wiese Mack, 62.

Now the child's paternal grandmother is asking U.S. courts to grant her guardianship.

Walker flipped through pictures on her phone of her granddaughter - the last time Walker saw Stella was the week the baby was born in Bali two years ago.

"I was at the hospital the day she was born. I flew into Bali March 17, my birthday, and she was born a few hours alter," said Walker, the mother of von Wiese's convicted killer Tommy Schaefer, Stella's father.

Schaefer and his former girlfriend Heather Mack are serving prison sentences for killing Mack's mother while on a luxury island vacation. Indonesian law has allowed Heather Mack to care for her daughter behind bars until Stella turns 2. What happens to the toddler after March 17 may be up to the courts. Walker has filed a petition for guardianship to bring Stella back to the Chicago area.

The child was born while the murder case was still in court. Von Wiese-Mack's body was found in a suitcase in 2014.

Walker says her son Tommy also wants Stella to be raised here. But reportedly, Heather Mack wants the child to stay in Bali. There has been talk of a local couple raising Stella until Heather Mack finishes her 10-year sentence.

"We need to prove what we need to prove in Illinois and hope and think the Indonesian courts will respect the courts here," said Mike Goldberg, Walker's attorney.

But Goldberg says there is no guarantee that will happen, even though Stella and her parents are U.S. citizens. Walker says her son's sensational murder case took a toll on her. But after two years, she is ready to raise her granddaughter.

"This was a very dramatic situation for me, and I needed to take care of myself. Today, I'm more sound," Walker said.