Officials: 2 patients being monitored at Chicago hospitals for Ebola-like symptoms 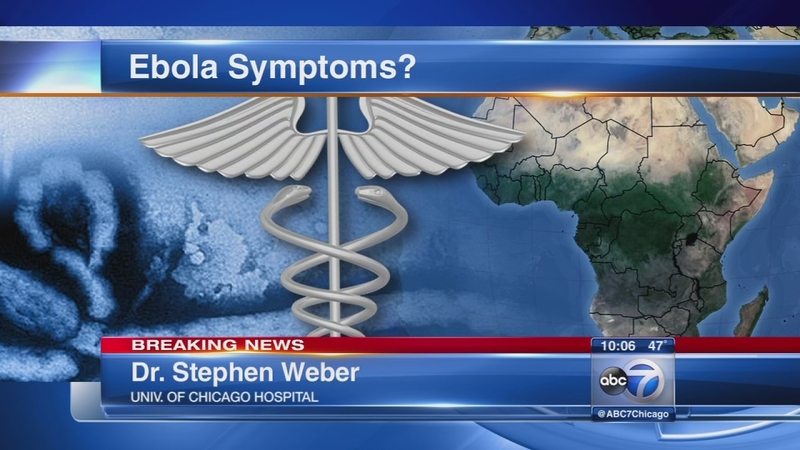 CHICAGO (WLS) -- Two patients are being monitored in isolation at The University of Chicago Medical Center and Rush University Medical Center after reporting Ebola-like symptoms, officials say. Neither patient is believed to have been exposed to the disease.

The Chicago Department of Public Health emphasizes that no case of Ebola has been confirmed and they are acting out of an abundance of caution. The CDPH also states there is no public health risk.

According to officials, a child passenger was traveling from Liberia to O'Hare International Airport when they became ill on the plane. Upon landing, the passenger was immediately screened by federal authorities and found to have no fever and no symptoms other than reportedly vomiting once during the flight. The passenger has no known risk of exposure.

The passenger was taken to Lurie Children's Hospital for a full medical evaluation. Out of an abundance of caution, the patient is being transported to the University of Chicago Medical Center for ongoing observation in isolation.

Though it is not particularly unusual for a child to get sick on an airplane, Dr. Stephen Weber, Chief Medical Officer of the University of Chicago Medical Center, says that, "given the point of origin for this patient, and given the great caution and concern we want to show, I think this is exactly the right reaction."

The passenger's family was also screened and found to have no symptoms and no risk of exposure. Abiding by city protocols, which go above and beyond CDC requirements, the family is under quarantine until evaluation is complete.

"This is exactly what we've been training for over the last several weeks," Weber said. "We're looking forward to getting the patient here and providing the best possible care for them."

In a separate incident, an adult passenger traveling alone reported nausea and diarrhea, as well as having been diagnosed with typhoid fever in August. That passenger was screened and showed no fever, as well as no known risk of exposure. He was evaluated at Rush University Medical Center, and is still being monitored.