Woman killed after being dragged by carjacker in Calumet Heights 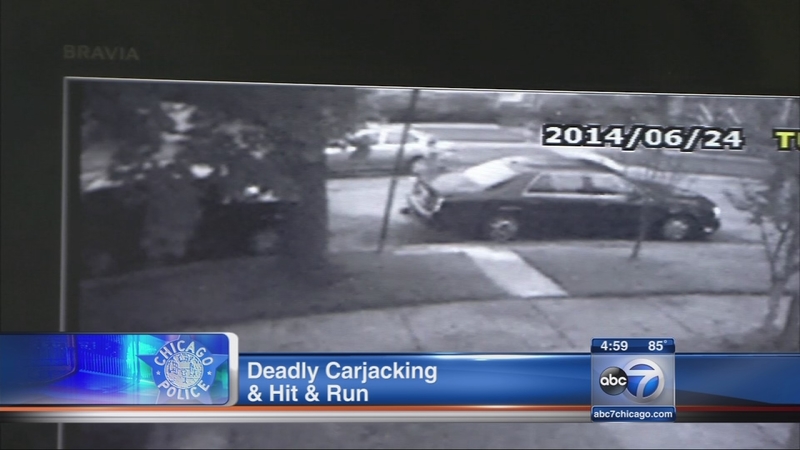 Woman killed after being dragged by carjacker

CHICAGO (WLS) -- Police are investigating a fatal South Side hit-and-run that started as a carjacking.

A carjacker took off in a woman's van after jumping into the driver's seat at 91st and Euclid in the Calumet Heights neighborhood. Witnesses said the woman jumped on the vehicle, was dragged and was then run over.

The victim's boss has identified her as Sharon Bonds, a newspaper carrier for L and M News.

Late Tuesday afternoon police found the black 2003 Aztec a mile or so from the crime scene. It was still loaded with newspapers yet to be delivered. Sharon Bonds' newspaper route ended suddenly at 4:48 a.m. Tuesday.

A home security camera set up nearby shows a man walking to a parked car. Shortly after that, the van stops right next to that car, so Bonds can deliver newspapers. But the man apparently leaves the car, jumps in the van and takes off with the newspaper carrier screaming, trying to stop him.

A neighbor said he heard screams early in the morning.

"Two words I distinctly heard her say was 'My car, my car.' She was screaming," the neighbor said.

The suspect apparently dragged Bonds' body about a block, where neighbors found her and called police. Her body was so badly mangled, no one initially recognized it was her.

Neighbors say Bonds lived in the South Chicago neighborhood all her life.