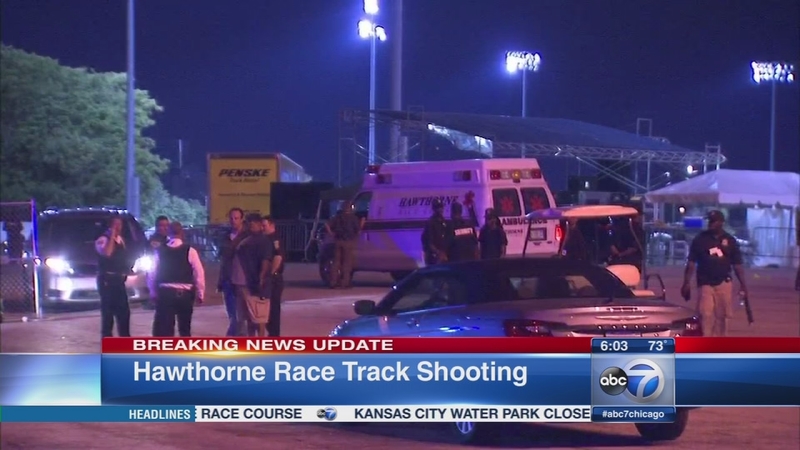 STICKNEY, Ill. (WLS) -- A woman was injured in a shooting Sunday evening outside the Hawthorne Race Course in the southwest suburbs, according to Stickney police.

At about 8:30 p.m., gunfire erupted in a Belize-themed festival that was happening outside the race track. About 2,000 people were attended the annual cultural festival.

Another 1,000 people were inside the race track in Stickney, where a race was temporarily suspended.

The injured woman is expected to be ok.

Hawthorne general manager Jim Miller said the horses were herded off the track, but the race was resumed after about an hour.