Florida student charged after offering $100,000 for someone to kill school staff member 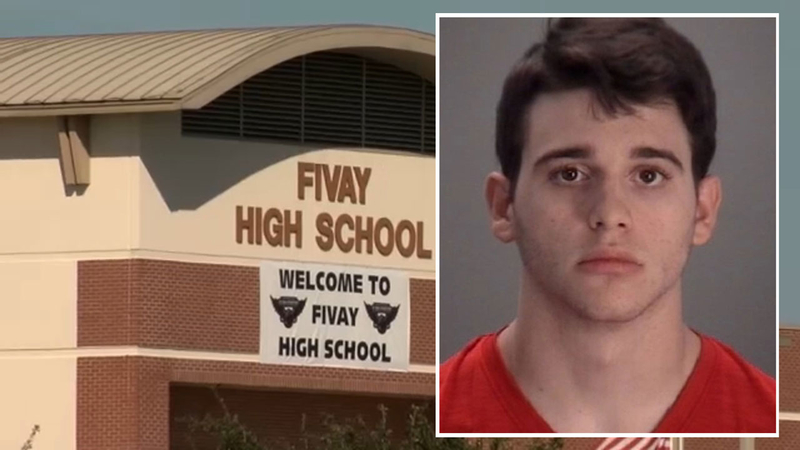 HUDSON, Fla. -- Authorities say a Florida teen offered $100,000 for someone to kill a staff member at his high school.

Investigators say Godfrey offered the money to another student to kill a Fivay High School staff member. Deputies say Godfrey made the request through Instagram, and authorities were able to trace to account to Godfrey's home.

The arresting deputy says Godfrey admitted to sending the messages but claimed he was joking.

Authorities have not named the intended target.

Godfrey was being held at the county jail.