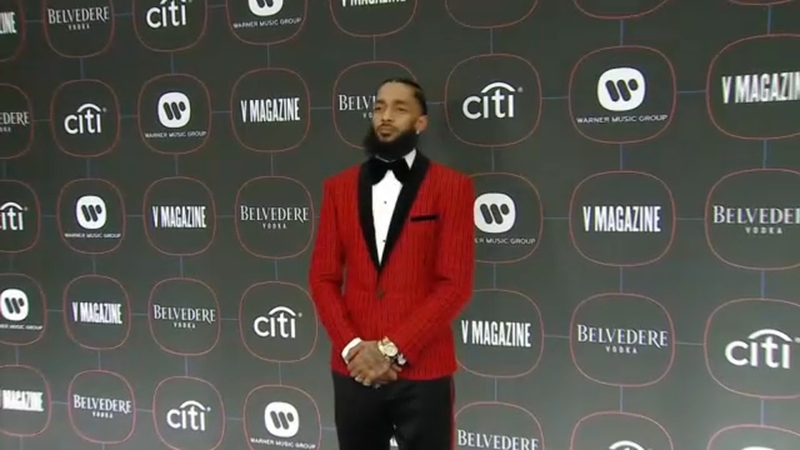 LOS ANGELES -- The Grammy nominees have been announced and it's a bittersweet honor for murdered rapper Nipsey Hussle.

His song "Racks In the Middle" is up for best rap performance and best rap song.

"Higher" - a collaboration with DJ Khaled and John Legend that was one of the last songs Hussle recorded - is nominated for best rap/sung performance.

Nipsey was shot and killed outside his clothing store in Los Angeles' Hyde Park neighborhood on March 31.

Holder and Hussle allegedly had a discussion or argument in front of the store that day, and Holder returned a short time later and started shooting, according to police.

A judge earlier this month confirmed Holder will go to trial, rejecting a defense motion to dismiss the case.