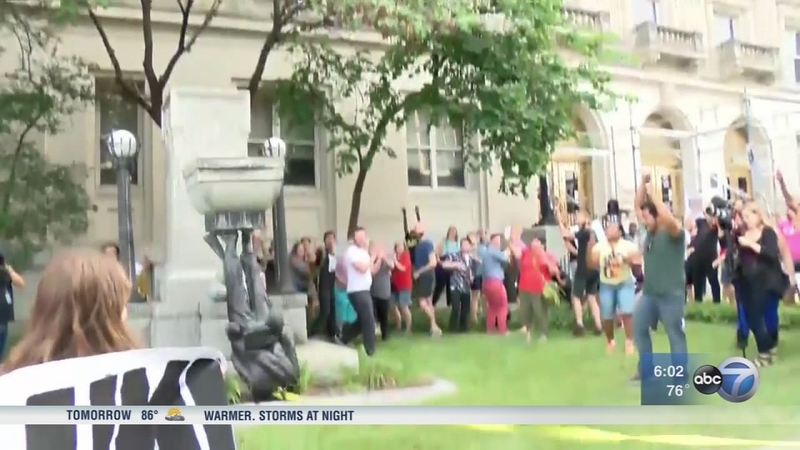 Gov. Cooper's statement came one day after a crowd of protesters in Durham toppled a statue of a gun-wielding Confederate soldier outside the old county courthouse. That demonstration was in the wake of a violent white supremacists' rally in Charlottesville, VA last weekend.

Protesters have taken to the streets in Chicago and across America since Saturday's demonstrations and violent actions by white nationalists in Charlottesville over the planned removal of a Robert E. Lee statue there. A 32-year-old woman was killed after a 20-year-old Ohio man rammed his car into a crowd of counter-protesters, police have charged.

There have been protests at Trump Tower in New York City where the president stayed Monday night; in Washington, DC and in Florida, Texas, Minnesota and on the west coast.

Video of the Durham statue coming down benchmarked Monday's protests-and allowed police there to trace who was responsible. Durham authorities, who stood by on Monday and did not stop the property damage, said they were moving in on Tuesday to make arrests.

Takiyah Thompson, 22, was charged with two misdemeanors and two felonies by Durham police. The student at North Carolina Central University faces a charge of participating in a riot with property damage.