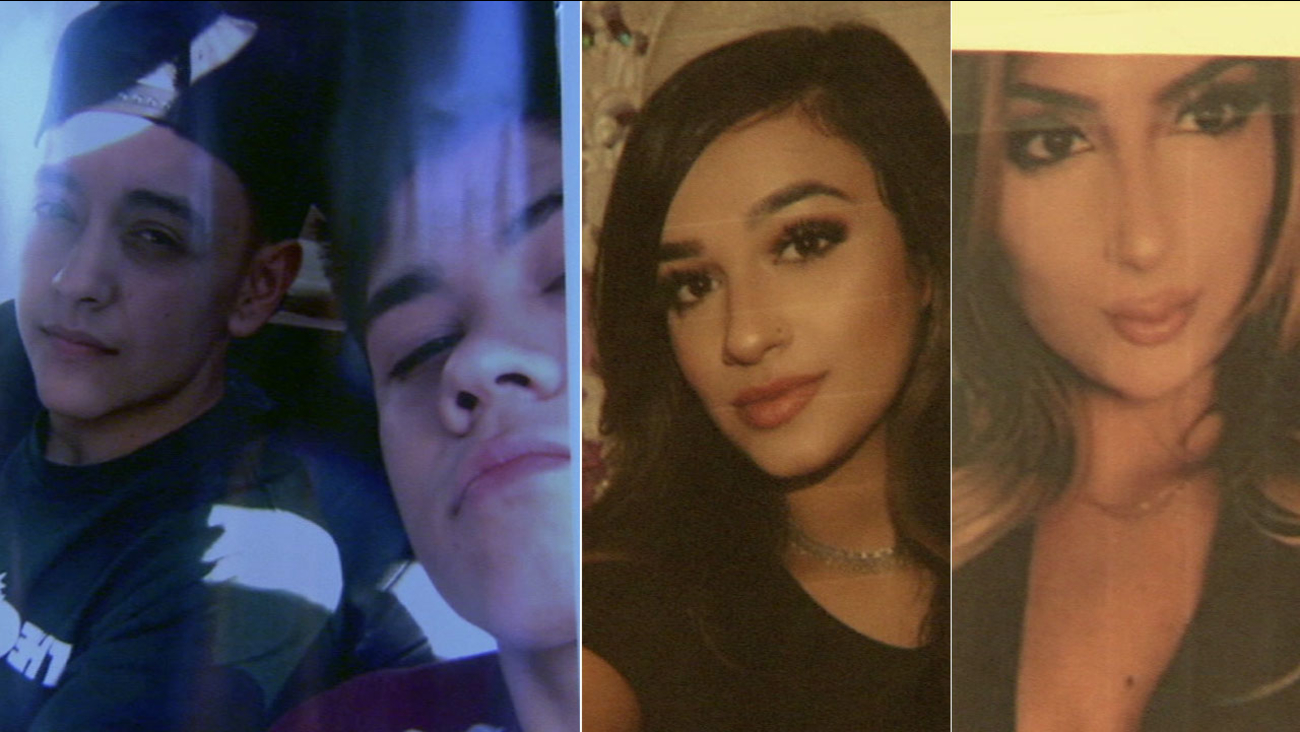 Undated photos of four young victims killed in a fiery wreck in Northridge on Friday, Oct. 6, 2017.

LOS ANGELES -- Grieving family and friends gathered at the scene of a deadly Northridge crash and struggled to comprehend the loss of four young lives.

"They were amazing. They were really nice, and Denney, without him, I wouldn't have made it through high school," cried Ashley Ruiz.

All four died instantly when the BMW they were in slammed into a tree and burst into flames. Gomez was allegedly behind the wheel, speeding down Lassen Street in excess of 100 mph, police say, racing another vehicle.

"It looked like they were clearly street racing. One of them just drove off while the second car kind of swerved off...and split off into two," said a witness at the scene.

Police released surveillance video of a black sedan seen speeding down the street seconds before the crash. The flash of the fiery accident is seen in the lower left corner.

Surveillance Footage:Police looking for this black sedan- May have been street racing a car that crashed killing all 4 people @ABC7 pic.twitter.com/ODpUBz37Fy

Investigators are looking for the driver of that vehicle as loved ones struggle with the devastating loss.

"They were good guys, yeah, they were funny. They messed around a lot, but they made people laugh, you know," said friend Luis Robles, as he held back tears. "He's the reason I have this job, you know, at BMW. Martin, he got me that job."

They were two young couples in the prime of their lives now suddenly gone.

"It was on fire for a good while," said a witness who gave his name only as Mersay. "There a crowd coming around to try to help the people inside, but there was an In-N-Out worker that came by and was alerting everyone that there was gasoline everywhere ... so that we should probably stay back."