WLS
By Jessica D'Onofrio and Evelyn Holmes
CHICAGO (WLS) -- Chicago police said they believe a Northwestern professor and University of Oxford employee, both wanted for murder and considered armed and dangerous, have left the state.

Investigators urged the public to be on the lookout for Wyndham Lathem, 42, and Andrew Warren, 56.

They are wanted for first-degree murder in the death of Trenton Cornell-Duranleau, 26. 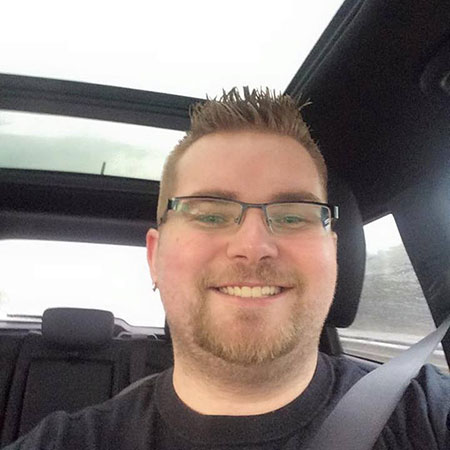 He was found fatally stabbed last Thursday at the Grand Plaza Apartments in the 500-block of North State Street in Chicago's River North neighborhood.

"I worked at that school itself, a lot, as a caterer, and like, doing different events and everything. A lot of my friends went there. So, hearing this this morning is... a lot," said Jalen Eason, who lives at Grand Plaza Apartments.

Police were called to the high-rise around 8:30 p.m. on July 27 after an anonymous tip about a crime had been committed in an apartment on the tenth floor. Lathem lived there. Duranleau appears to have lived there with him.
The Cook County Medical Examiner's Office found the victim died of multiple stab wounds. Police are considering a variety of motives, including a possible domestic incident.

Duranleau graduated from cosmetology school in Michigan. He had moved to Chicago fairly recently. He lived in an apartment building in the city's Pilsen neighborhood for only a few months.

"I didn't know him. I always told him, 'Be safe. Be careful,' and then just go back in my house," said Marco Arce, a neighbor.

Lathem was a 10-year associate professor of microbiology at Northwestern's Feinberg School of Medicine. Now he is banned from all campuses. He is believed to be with Warren who was a payroll assistant at Oxford University.
Word of the slaying has sent shockwaves through the school community.

Detectives believe the Lathem and Warren have fled Illinois, but their passports have been flagged by the State Department. The U.S. Marshal Service also joined the search.

They were last seen driving a 2007 grey Hyundai passenger 4-door vehicle with the Illinois license plate number of Z181268. Anyone who has seen the car or suspects should take extreme caution and either call 911 or Area Central Detectives at (312) 747-8380.
Report a correction or typo
Related topics:
chicagoriver northmurdernorthwestern universitystabbingwarrant arrests
Copyright © 2020 WLS-TV. All Rights Reserved.
RELATED