Semi-truck rolls over on highway with 44,000 pounds of Nutella in northwest Indiana 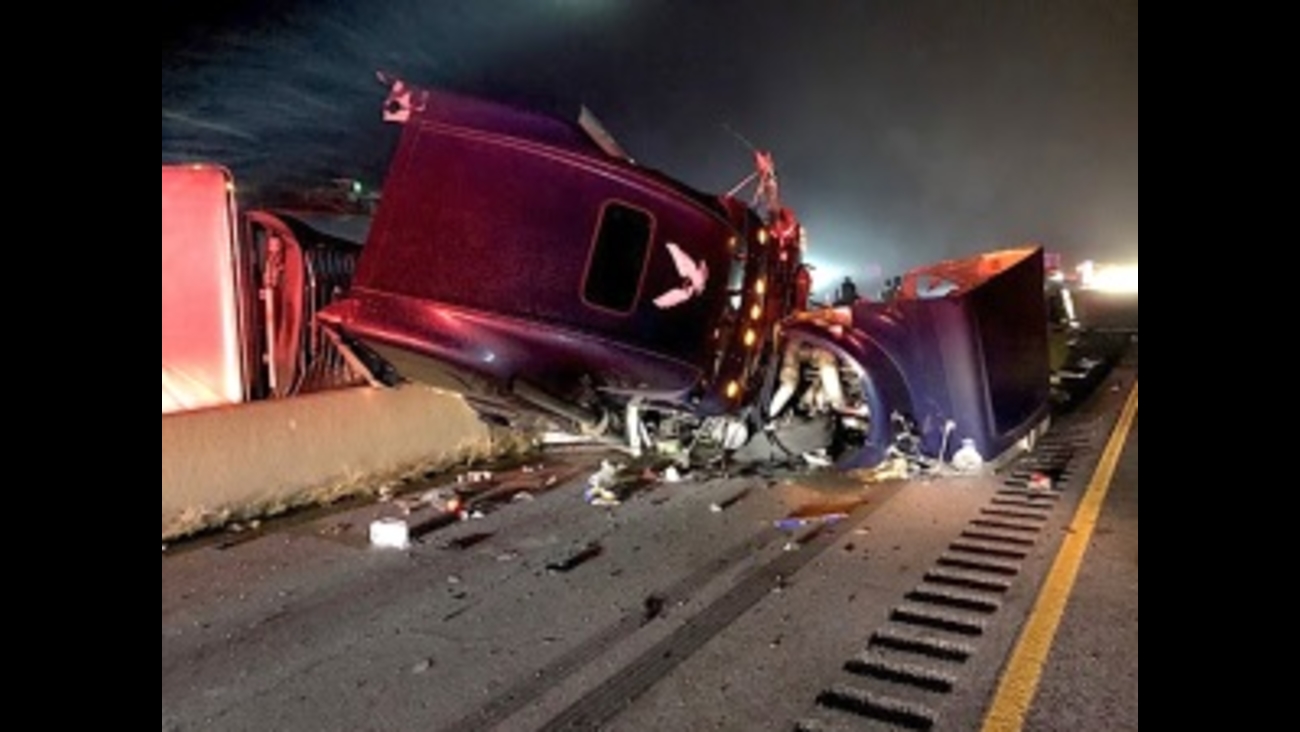 LaPORTE COUNTY, Ind. -- A semitrailer loaded with Nutella rolled over Monday on an expressway in northwest Indiana.

The driver of a semi filled with 44,000 pounds of Nutella cocoa spread told investigators that he was driving westbound on Interstate 94, about a half mile west of the Michigan state line, when the driver in front of him "slammed on his brakes," Indiana State Police said in a statement.

The semi driver lost control about 9:30 p.m. as he pressed his brakes and steered left, state police said. The semi veered to the north of the roadway, and then turned back across the westbound lanes and struck the concrete median head on, state police said.

As the semi overturned, its cabin went over the barrier wall, and the trailer came to a rest across all three lanes of westbound traffic, state police said. The driver of the semi was uninjured.

The semi lost about 150 gallons of diesel fuel and was eventually moved to the shoulder, where its contents will be offloaded Tuesday, state police said. Westbound lanes were closed for about 2 1/2 hours Monday evening.