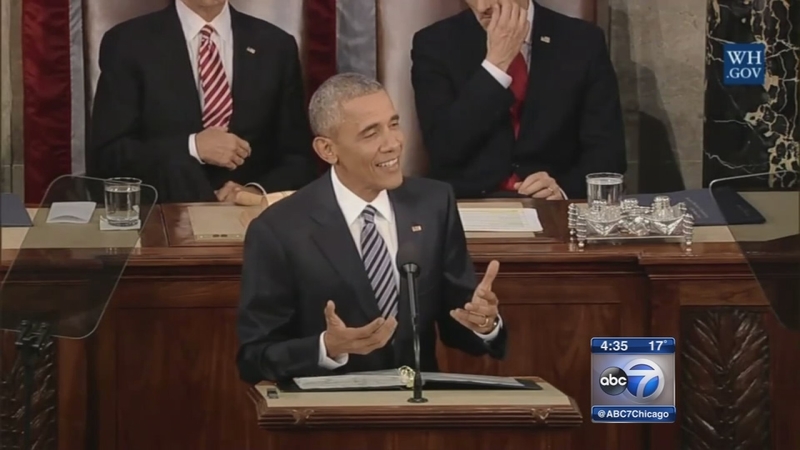 SPRINGFIELD, Ill. (WLS) -- President Barack Obama will travel to Illinois Wednesday to address the state legislature, nine years to the day after he launched his campaign in Springfield for the White House.

As technical crews prepared the Capitol, lawmakers who once served here with Barack Obama agreed on the emotional aspect of his homecoming.

"The most important fact is his presence. He's in the building. He did not forget about us. He came back," said State Sen. Mattie Hunter, D-Chicago.

But Obama returns with his adopted state's government in crisis: Republican Gov. Bruce Rauner and the Democratic-controlled General Assembly are now over seven months without a budget.

"If the President has some things to say that the governor will hear and decides to step forward and do his job as governor I'm sure we'd all be grateful," said State Rep. Lou Lang, D-Skokie.

"The president has dealt with what he would call a do-nothing Congress, here in Illinois we're dealing with a legislature that's just not moving," said Kristina Rasmussen, Illinois Policy Institute.

"I hope the President advocates for bipartisan compromise," Rauner said.

"I think we've got to end the practice of drawing our Congressional Districts so that politicians can pick their voters and not the other way around," Obama said on January 12.

But Democrat Lang does not expect the president's "building better politics" theme will break the deadlock in Springfield.

"I'm not sure it's going to change anything. We still have a governor who won't engage on the budget, a governor who's decided that his personal political agenda goes ahead of the budget," Lang said.

You can watch the president's address to the Illinois legislature at approximately 1:25 p.m. Wednesday LIVE on ABC7, ABC7Chicago.com and in the ABC7 Chicago news app.